Greg Barns, spokeperson from the Australian Lawyers Alliance, told 3AW’s Neil Mitchell that current legislation punishes people whose driving is not affected by drug use.

The accuracy of drug driving tests has been called into question after a landmark court ruling and new research by a leading academic. Data collected by Sydney University has revealed roadside mobile saliva tests returned inaccurate results more than 20 per cent of the time when testing oral fluids for tetrahydrocannabinol (THC), the main psychoactive ingredient in cannabis.

Police warn “legalising” recreational cannabis in Canberra would leave them with no choice but to enforce federal criminal laws, meaning more people would end up imprisoned over the drug as a result. The ACT Government has proposed legalising cannabis for personal use, allowing the cultivation of two plants and possession of up to 50g of the drug.

‘High As Mike’, a new documentary that chronicles the journey of Tamworth man and brain cancer patient Mike Gallagher as he questions how medicinal cannabis might help him, could be what politicians and the general public need to see.

High as Mike is booked in at The Bush Theatre, Nimbin

Roadside saliva drug testing is an increasingly commonplace strategy used by police to apparently address road safety issues. However, there is very little research concerning the effectiveness is a zero tolerance policy of traces of cannabis in saliva and reducing harm on the roads. After many years of rigorous research, an agreed limit of allowable alcohol and safe driving was agreed upon. Why can’t the same be done for cannabis? What’s happening in Australia, and around the world?

Honouring Australian cannabis pioneers and professionals deserving recognition for industry innovation and social progression. As Australia finally takes marijuana mainstream, and as punishment gives way to praise, we give long-overdue recognition to contributions made by individuals and organisations in the cannabis industry.

In the forests of Northern California, the regulatory state—not the DEA—is forcing thousands of growers out of business, or back underground.

This afternoon, the Illinois House passed HB 1438 to legalize cannabis for adults 21 and older on a 66 to 47 vote. The bill had already passed the Senate and just needs Gov. Pritzker’s signature to become law. Gov. Pritzker has said he’ll sign the bill, stating: “The state of Illinois just made history, legalizing adult-use cannabis with the most equity-centric approach in the nation. This will have a transformational impact on our state, creating opportunity in the communities that need it most and giving so many a second chance.”

We discuss some of the biggest challenges surrounding racial equity in the industry.

The effect of the government notice is to remove CBD (that is not intended for therapeutic purposes) from Schedule 7 and to include it under Schedule 4 of the Medicines Act. Schedule 4 substances are, in turn, those substances that may be sold by pharmacists when presented with a written prescription.

Zimbabwe has approved the first project for the farming and processing of cannabis, a development that is set to earn the country billions in foreign currency. The project is to begin at the Zimbabwe Prisons and Correctional Services’ Buffalo Range prison in Chiredzi, southeast of the country.

The Dutch government is planning to issue a second licence for the production of medicinal cannabis to meet growing demand patients. The only company authorised to produce cannabis for medical use, Bedrocan in Emmeloord, has increased its output fivefold in the last five years to 2,604 kilograms.

Canada’s newly legal cannabis industry might still be in its infancy but the legacy of illicit growers continues to contribute to greener agricultural practices across the globe.

It doesn’t matter if it’s legal in your state.

Researchers at the University of Washington have mapped the gene networks of cannabis that are responsible for cannabinoid and terpenoid production.

Drivers testing positive for the presence of THC in blood do not possess a significantly increased risk of being responsible for a non-fatal motor vehicle accident, according to data published in the journal Addiction.

Cannabis newbies often marvel at how little it can take to get high, while seasoned users are constantly flummoxed by the meagre lifts left to them after prolonged use.

New Research Investigates the Consequences of Growing Up High [TN]

Research presented by Canadian neuroscientists at the 2019 Canadian Neuroscience Meeting in Toronto on May 25 featured recent discoveries on the effects of cannabis on the adolescent brain.

Research from Washington State University could provide government regulators with powerful new tools for addressing a bevy of commercial claims and other concerns as non-medical marijuana, hemp and CBD products become more commonplace. The new analysis of the genetic and chemical characteristics of cannabis is believed to be the first thorough examination of its kind.

The Colorado study is first state-wide investigation of cannabis use among older Americans and the outcomes they experience.

Kicking opioids to the curb [The Growth Op]

A new bill in Colorado would allow physicians there to prescribe cannabis in lieu of opioids for patients with illnesses and symptoms that fit the criteria for painkillers.

5) Hemp is the Best Inexhaustible Biofuel

Over the course of the six-part series, several things become glaringly obvious. The most over-riding takeaway from the series is how cannabis prohibition created an area of lawlessness in the northern part of the largest state in the U.S.

Seniors Are Erasing the Line Between Medical & Recreational Cannabis Use [Leafly]

But a new study that looked at marijuana consumers across Colorado suggests a growing number of Americans aged 60 and older are using cannabis regularly both for medical and recreational purposes. Among those in the study who say they use it medicinally, the majority appear to be self-medicating.

The Best New Cannabis Strains to Grow in 2019 [Leafly]

New cannabis strains sweep into vogue like fashion trends. Breeders constantly refine last year’s award-winners or combine them with something novel, setting off the next round of hype. As multibillion dollar commercialization ramps up, gardeners and smokers alike are enjoying a golden age of cannabis flavors and effects. 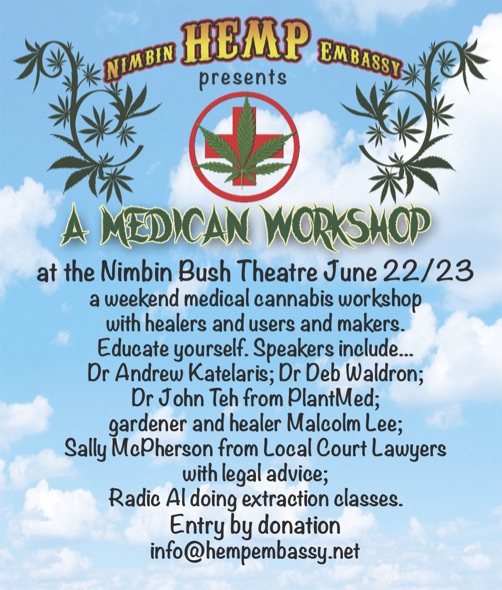 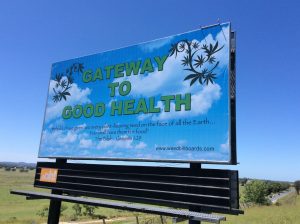