The Nimbin HEMP Embassy’s objectives are cannabis law reform through educating the community about the cannabis plant and hemp, and promoting a more tolerant and compassionate attitude to people in general.

Introduction
The Nimbin Hemp Embassy was established in 1992. The Embassy’s objectives are cannabis law reform through educating the community about the cannabis plant and hemp, and promoting a more tolerant and compassionate attitude to people in general. The Embassy also supports various community groups and projects in the village of Nimbin including the Aboriginal Cultural Centre.

The Embassy aims to remain a “grass roots” organisation. We try to avoid being compromised in our message by any sponsorship arrangements or agreements. Naturally this means we are often “running on empty” and are definitely open to spontaneous donations.

Management Structure
The Nimbin Hemp Embassy in a non-profit association incorporated under the name “Nimbin Hemp Inc”, and is powered by a team of dedicated volunteers.

The Hemp Embassy Shop
The Hemp Embassy fund raises via the Hemp Embassy Shop located in the Tomato Sauce, a heritage building in Nimbin. We aim to support local hemp products, arts and crafts people by providing a retail outlet for local clothing designers, artists, candle makers, soap makers, potters and woodworkers. The Embassy Shop also provides cannabis information and education. The Embassy does not sell any drugs. That trade is quite adequately catered for on the street. We are drug law reform advocates.

MardiGrass
The Nimbin Hemp Embassy sponsors the annual Nimbin MardiGrass Cannabis Law Reform Rally. MardiGrass is one of the best organised and most peaceful protestivals in Australia. The event features an international conference, The Hemposium, which provides cutting edge information on industrial hemp, medicinal cannabis, and drug law reform. MardiGrass is a major boost to the local economy and a huge drawcard for Australian and international tourists.

Historical considerations
The Nimbin Hemp Embassy provides the Nimbin community with a tangible presence of the Aquarius Age which initially brought so many to live and visit our community. Tourists and local people alike have a colorful and dynamic reminder of the origins of counter-culture and the plethora of other socio-political issues that have evolved as a result of the increase in awareness.

The Tomato Sauce building has been part of alternative Nimbin since the Aquarius Festival. It was inhabited by Graeme Dunstan and Vi Tourle for a period during and after the Aquarius festival, and was later sold to the Community School at a nominal price. It became the Community School Annexe, and then a Youth Club. Since the Nineties it has been the Nimbin HEMP Embassy. Many people who were involved in Aquarius also support the Embassy’s aims, and some are members.

The downstairs room, having been the Hemp Embassy and MardiGrass headquarters for many years, is wallpapered with irreplaceable posters and newspaper articles, and is a historical site for drug law reform activism in Australia.

Education
The Hemp Embassy is constantly adding to an already large and definitive reference library on a range of issues such as: industrial hemp, medicinal usage, and law reform issues. The Hemp Embassy provides visitors and researchers a variety of resources via books, an extensive media library, a news clipping collection and via the Hemp Embassy website. 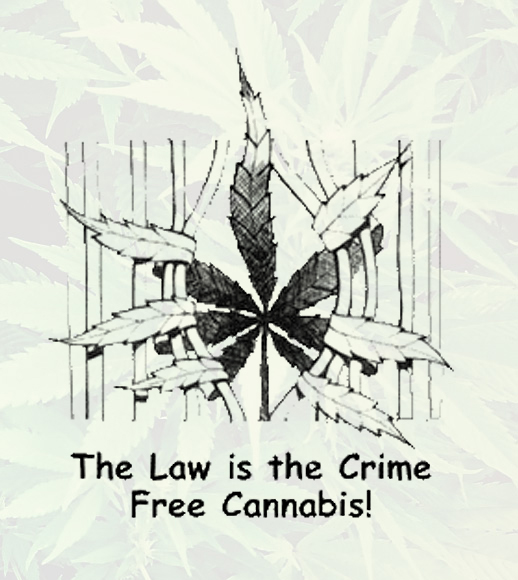