Nimbin’s HEMP Embassy is once again sending its giant inflatable mascots, the Big Joint and the LGTB (Lovely Giant Tincture Bottle), to Canberra for the first day of parliament, Monday February 5th.

“We welcome anyone who is sick and tired of the ridiculous restrictions on Cannabis use to join us,” says president Michael Balderstone. “We’ve been saying for decades this is a miracle medicine, and now the evidence is in, but we are hunted the same as ever. Something has to change, and soon.”

“Our Health Minister Hunt keeps saying it’s legal but the truth is that only applies to people on their death bed – if they’re lucky! How about we try using cannabis before that point? Why don’t we take notice of California and what’s happened there over the last 20 years?”

“We will not let up on this serious injustice that is based on lies and misinformation which the powers that be NOW KNOW! The results from legalising cannabis in some American states cannot be ignored forever and in every case they point to a win win for everyone. Except the pharmaceutical industry!” 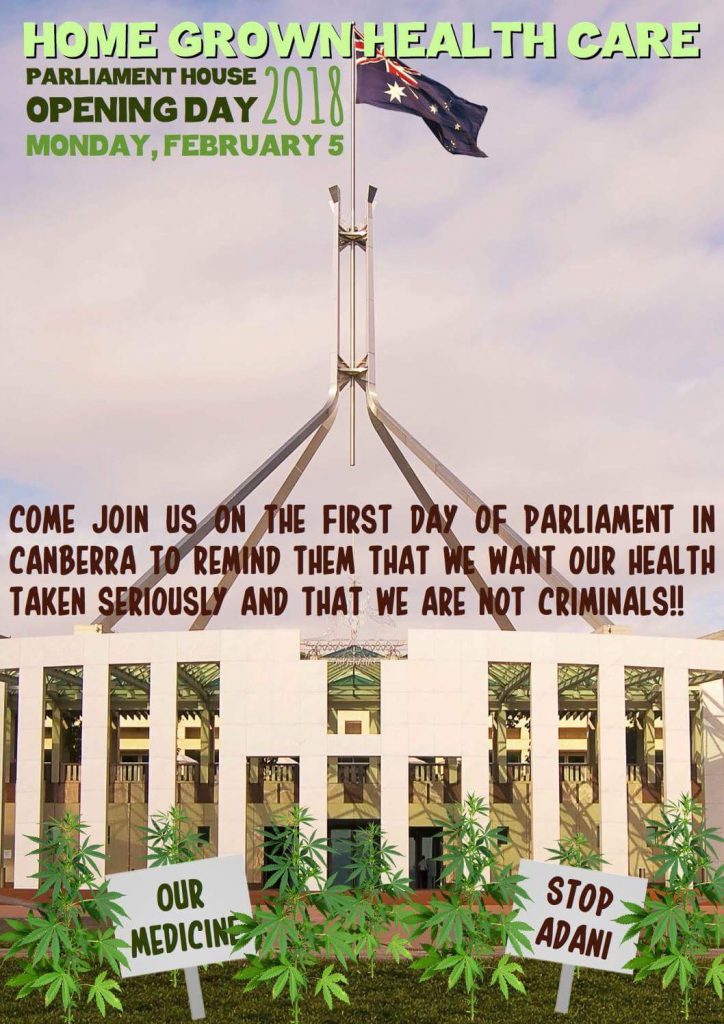