The Cannabis Access Clinic in Subiaco aims to streamline the access to medicinal cannabis with health professionals proficient in the area.

A cannabis farm in Armidale is hoping to have the first seeds planted by May and full production under way by June, including the employment of 30 locals.

Tilray, Inc., a global leader in cannabis research and production, today announced that it partnered with researchers at the Lambert Initiative for Cannabinoid Therapeutics at the University of Sydney to complete a study examining the effects of cannabis on driving and cognitive function.

Affinity Energy and Health has joined a rather exclusive club of companies that have received approval to establish a medicinal cannabis cultivation and manufacturing facility in Malta. The company’s application for an Australian medical cannabis licence is also currently being processed by the Australian government.

New Zealand’s government has passed a law that will make medical marijuana widely available for thousands of patients over time, after years of campaigning by chronically ill New Zealanders who say the drug is the only thing that eases their pain. Legislation comes ahead of a referendum on recreational marijuana use in next two years

“The legislation will also allow terminally ill patients to begin smoking illegal pot immediately without facing the possibility of prosecution.”

The results, released on Friday, showed that Kiwis want broader access to medicinal marijuana and for cannabis-derived products to be regulated like other medicines.

Hemp legalization awaits the pen of President Donald Trump after the U.S. House on Wednesday followed the Senate and approved a 2018 Farm Bill that removes hemp from the U.S. Controlled Substances Act. 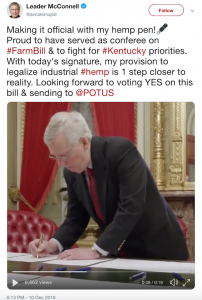 A long-awaited end to five decades of hemp prohibition has been approved by a House-Senate panel, potentially opening the door to hemp production in all 50 states for any use – including CBD.

This bill would ensure that those with past convictions for cannabis possession have a clear path to having their records cleared of what is no longer considered a crime. The only requirement is that three years have passed since the sentence was completed and the charges were prior to the July 2016 change in law.

People with a small ownership stake in marijuana businesses wouldn’t have to go through an extensive background check under a bill that passed the House on Tuesday.

But the state of Michigan is doing their part to simplify and streamline access to knowledge about both the recreational and medical marijuana laws for the citizens of the state. Those who go to Michigan.gov/marijuana will find a one-stop-shop for information covering both aspects of the marijuana industry.

In Canada, you can study marijuana production for college credit [The Washington Post]

The country is facing a pot labor shortage, now that the sale and cultivation of cannabis is legal.

If the president makes good on his promise to withhold his signature from essential appropriations bills this time, that could inadvertently leave the legal marijuana industry vulnerable to federal drug enforcement actions.

Pot Deliveries Can Be Made Throughout California [7 San Diego]

California’s Bureau of Cannabis Control (BCC) on Friday moved to allow the delivery of cannabis products across the entire state — even to areas with local bans on cannabis sales.

The Maryland Medical Cannabis Commission voted unanimously Thursday to ban billboard, radio, TV and most online advertising by marijuana companies. The new rules also prohibit advertising in print publications such as newspapers and magazines that cannot prove that 85 percent of their audience is over 18 years old, and bans the use of leaflets or flyers in most public and private places.

Cuomo instructed a working group to draft legalization legislation in August after the state Department of Health came out with a report that found the pros of ending cannabis prohibition outweigh the cons.

What Trump’s New AG Pick Could Mean for Cannabis [Leafly]

President Donald Trump confirmed on Friday that he plans to nominate William Barr, a Republican lawyer and former Justice Department official, to replace ousted Attorney General Jeff Sessions. What would that mean for cannabis?

Last week, a Florida medical cannabis dispensary took their website offline after it was found that patient information was obtainable through the site’s basic search function.

Canopy Growth Corp., Canada’s largest licensed producer by market value, needs to fill about 1,200 positions. Recent postings on the company’s recruitment site range from a “destruction lead hand” in Langley, British Columbia to a “soft gel encapsulation manager” in Smiths Falls, Ontario. With operations in 12 countries, Canopy is also recruiting for a few international jobs, including a regional manager for natural health products in Frankfurt and a manager of medical affairs in Cape Town.

Why are so many countries now saying cannabis is OK? [BBC]

What has led one country after another to move towards a relaxation of their laws and, in many cases, outright legalisation?

The proposal to “legalise the possession and consumption of cannabis” and to “provide for the regulation of the production, distribution and sale of cannabis” was rejected by a vote of 66 to 52.

As the first part of a wider inquiry into the impact of drugs policy on public health, the Committee is seeking evidence on the usage of medicinal cannabis products.

How Will Brexit Impact the UK Cannabis Community? [ICBC]

There are many places where Brexit could absolutely affect the ability of British cannabis patients to obtain now legal by prescription medical weed. Whether Brexit will be good for cannabis patients in general is another matter. Hard to tell really, as the nation faces down an economic impact that could be as bad as the last Great Depression and a potential self-inflicted diplomatic wound equivalent to losing the Suez Canal.

The St Vincent and the Grenadines Parliament met in session on Monday, with top of the order paper for debate, being The Medicinal Cannabis Industry Bill 2018, and the Cannabis Cultivation (Amnesty) Bill 2018.

Weeding out foreigners: strains over Thailand’s legalization of marijuana [Reuters]

Thailand is set to become the first Asian country to legalize medical marijuana, but a battle is brewing between local and foreign firms over control of a potentially lucrative market.

The company has made partnership with pharmaceutical manufacturer Farmacias Magistrales.

Antigua and Barbuda is set to legalise the regulated production and supply of cannabis for religious and medical purposes, following consultations with Rastafarian communities.

The medical cannabis export bill passed its first reading in the Knesset today by 17 votes to 0. The proposed law will also give the police powers and a budget to supervise cannabis companies in Israel as part of the condition for Minister of Public Security Gilad Erdan not to oppose the bill.

A new report from the United States Treasury Department’s Financial Crimes Enforcement Network (FinCEN), first publicized by Marijuana Moment, shows that the number of banking institutions actively servicing marijuana business has grown by nearly 20 percent data since the beginning of the year.

Is a Tobacco Giant Trying to Take Over the Vape Pen Market? [Leafly]

Altria, the parent company of tobacco giant Philip Morris whose $1.8 billion investment in a cannabis company was announced Friday, has over the past five years quietly patented dozens of devices that could be used to consume marijuana, a review of public documents at the US Patent and Trademark Office shows.

Proponents of legal marijuana spent decades fighting a slow battle for mainstream acceptance. Now, with recreational use legal in Canada and many states in the United States, big business is suddenly swooping in.

Health Canada recently unveiled a new regulatory regime that will impose extensive and mandatory pesticide testing requirements on all licensed producers (LPs) of cannabis. Come Jan. 2, LPs will have to send product samples to independent laboratories, where they will be screened for almost 100 active pesticide ingredients before they can be sold.

The World Health Organization (WHO) has surprisingly postponed its highly anticipated recommendations about the international legal status of marijuana. The results of the organization’s cannabis assessment were expected to arrive last Friday, but on the morning of a representative announced that they would be delayed.

The marijuana industry in Canada has had a groundbreaking year, and it appears that the tobacco industry has taken notice. Altria Group, the biggest tobacco company in the world and the maker of Marlboro cigarettes, is reportedly investing approximately $1.8 billion (C$2.4 billion) into the Cronos Group, one of Canada’s major cannabis producers.

On Saturday, the National Center for Complementary and Integrative Health (NCCIH) shared a list of four research grant opportunities for studies on “natural products” like cannabis. One would examine how cannabinoids other than THC affect pain and three others call for more broad clinical trials of natural products involving human participants.

The Advisory Council on the Misuse of Drugs response to the consultation by NICE on the draft scope of their guidance on cannabis-based products for medicinal use.

U.S. Surgeon General Jerome Adams said the federal government should rethink how it classifies drugs like marijuana on Thursday, voicing concern that the plant’s current status as a strictly controlled Schedule I substance inhibits research.

The Endocannabinoid System: Here’s How it Keeps You Healthy and Happy [Greencamp]

In order to consume cannabis in a responsible and efficient manner, you should completely understand what exactly goes on in our body when we introduce the active compounds from cannabis to it.

Cannabis and asthma: How good are cannabinoids for bronchial spasms? [The Growth Op]

What is the science behind using cannabis to address asthma symptoms?

While white patients are typically given second chances, patients of color are frequently criminalized and their families torn apart. Legalization, my experiences show me, is essential. But it isn’t enough: We need legalization measures that directly address racial injustice.

“They’re fine,” concluded Stewart in a tone so serene it seemed calculated to show just how chill a body high can be.

A Trump administration official said on Sunday that she is working to resolve conflicting federal and state marijuana laws as it applies to residency in federally-subsidized housing.

The singer, 26, admits she now smokes ‘every now and then’ when she’s not working.

What will it take for them to listen? [The Greens]

After another music festival tragedy, conservative politicians have a lot to answer for. They’ve put ideology before evidence, and it’s led to another avoidable fatality. Help us spread the word: we need to test pills and save lives. 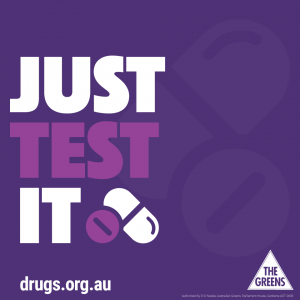