Bill Barr, President Donald Trump’s nominee for US attorney general, told the Senate on Tuesday he would not bust marijuana businesses that abide by state legalization laws. “I don’t think it’s appropriate to upset those interests,” Barr told the Senate Judiciary Committee in a confirmation hearing, citing a policy of tolerance toward marijuana established under the Obama administration.

A bill proposed by Rep. Brian Blake, D-Aberdeen, would allow marijuana on school campuses for students who require aid for medical conditions.

Rhode Island Gov. Gina Raimondo on Sunday announced she would formally propose in her budget this week to legalize recreational marijuana. Raimondo said it was “inevitable” that Rhode Island would soon be encircled by states with legalized marijuana, requiring that Rhode Island to do the same.

“In the interests of keeping the public safe from harm, expanding true justice in our criminal justice system, and advancing economic inclusion, I will work with the legislature to legalize, tax and regulate the sale of recreational cannabis in Illinois,” Pritzker said in remarks shortly after taking the oath of office.

Canadians spent $1.6 billion (£938 million) on legal weed in 2018, more than double the amount that was spent on solely medical cannabis in 2017, according to a new report.

New York Gov. Andrew Cuomo on Tuesday outlined his support for adult-use cannabis legalization in the state, estimating it would reap $300 million in tax revenues which would be deposited into the “Marihuana Revenue Fund” after enforcement costs and funds for alcohol and drug abuse programs.

One of the first, if not the first, person to purchase medical marijuana in Ohio on Wednesday morning thinks the much-anticipated opening of dispensaries is a “great day” for the state. 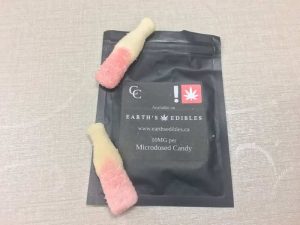 Liberal MLA Jas Johal is calling for pot enforcement now, after several small black packages with “microdosed candy” were placed on the windshields of cars parked outside a Vancouver marijuana conference over the weekend.

As cannabis reform sweeps the Caribbean, Trinidad and Tobago has announced it will hold public consultations on the matter, prior to decriminalising the drug for personal use in June 2019.

Regulations being drafted in Thailand for growing medical marijuana [The Nation]

The Thai Food and Drug Administration (FDA) is preparing draft regulations to support the upcoming launch of medical-marijuana farming.

Speaker Gloria Macapagal–Arroyo on Tuesday vouched for the effectiveness of marijuana for medical purposes and admitted using a marijuana pain patch for her spinal condition when she is in a country that allows it.

One after another, Asian nations are rethinking their stance on marijuana. Growing commercial acceptance and promised economic gains of legalization have spurred a wave of liberalization that has seen a rising number of industrialized countries allow the use of marijuana for medical and recreational purposes. Pot has gone from illicit substance to up-and-coming commodity in the span of a few years as global investors, portfolio managers and high-ranking executives tread on what was once the turf of the neighborhood dealer.

Medicinal cannabis is creeping up the European Union agenda as legislators prepare to divert cash into research of the drug and begin laying the groundwork for a harmonized set of laws across the bloc. Health committee politicians in the European Parliament, the EU’s directly elected legislative, voted in late 2018 to approve a draft resolution on the use of cannabis for medicinal purposes, and now the proposals will head to the bloc’s executive to be turned into a concrete proposal.

A delegation of Chinese entrepreneurs and academic researchers in the fields of technology and agriculture will meet cannabis researchers in Israel next week. The delegation is also set to meet with Israeli firms working in the field, including pharmaceutical companies and those developing technological innovations in the medicinal use of the plant.

Megafirm Allen & Overy is touting for business in the legal cannabis market, with its cannabis law team launching a new “legal and regulatory update newsletter” yesterday.

Marijuana Business Daily surveyed several Colorado cannabis company owners of both plant-touching and ancillary businesses to suss out the lessons they’ve learned since 2014.

Weed influencers use social media to post about anything weed-adjacent. Sometimes that’s discussing specific strains, recommending stores in their areas to get paraphernalia or products from, or reviewing equipment or edibles. They tend to be young women and mainly post on YouTube and Instagram. One reason weed influencers are on the up is the difficulty of marketing cannabis even in places it has been legalised, including Canada and certain US states.

It’s time to look beyond cannabis and talk about how we regulate stimulants. [Transform]

The question of how we should regulate a legal market in stimulant drugs, including cocaine, MDMA and amphetamines, remains one of the most unexplored challenges in contemporary drugs policy. It is a void Transform’s upcoming book on stimulant regulation aims to fill.

How Dangerous is Marijuana, Really? [The Marshall Project]

On Jan. 7, The Marshall Project published an interview with Alex Berenson, a former New York Times reporter and author of “Tell Your Children: The Truth About Marijuana, Mental Illness, and Violence,” which warns that the rush to legalize the drug has obscured evidence of its dangers. The interview stirred up a storm on social media, so we decided to enlarge the discussion.

Those who partake in heavy alcohol drinking and also use cannabis are at a reduced risk of developing pancreatic gastritis and alcoholic gastritis compared to heavy drinkers who don’t use cannabis, according to a pair of new studies published in the journal Alcoholism, Clinical and Experimental Research.

Countries like China and Israel, where federal funds are appropriated for cannabis research, are seeing vigorous innovations that could shift the entire global market for pain relief within the world’s aging population alone.

What Is CBN? Cannabinol Is Said To Help With Sleep, But Here’s What Experts Have To Say About It [Bustle]

Cannabinol, also known as CBN, is a cannabis-derived compound that’s been linked to helping with sleep — and is also being hailed as the next big thing in wellness. While CBD is more associated with general calming and relaxation effects, CBN is being incorporated into new products like oils and sublingual strips as way to assist in getting a better night’s sleep.

19-20 January 2019, Nimbin NSW: The Nimbin Hemp Embassy hits the ground running in 2019 with another of their popular Medican Workshops. Special Guest Leah Bisiani (MHlthSc/DipBus/RN1/Dementia Consultant/Learning & Advisory) will be a key speaker. Leah has 35 years experience within aged-dementia care establishing a highly skilled knowledge basis as a global leader in this field. In recent years she has become a popular and prominent speaker here and overseas at medical cannabis conferences and symposiums. “Potent opioid analgesics are widely prescribed within the aged care sector in Australia,” she says, “yet these agents are associated with the highest degree of drug related harm.”