Leah Bisiani, a registered nurse who specialises in the care of elderly people in nursing homes, has become an advocate for more research into medicinal cannabis products as an alternative pain relief treatment for patients in aged care.

‘The sky did not fall’: Vermont’s advice to ACT on legalising cannabis [The Sydney Morning Herald]

Police in Vermont have warned the ACT to address issues around drug-driving in its bid to legalise cannabis, as the Australian capital looks to use the same model of legalisation as the US state.

On the first weekend of this month, NSW police carried out a roadside alcohol and drug driving blitz in the Northern Rivers region. And while locals aren’t complaining about officers booking drunk drivers, they are opposed to those charged with drug driving as there’s no proof they were impaired.

Out of a combined effort by the Lambert Initiative and two universities in Australia — Macquarie University and the University of Sydney — comes an animal study that isolates CBD as a promising treatment for addiction to methamphetamine. In recent years, a number of studies have shown emerging evidence of the potential therapeutic effectiveness of cannabidiol (CBD) in treating a variety of addictions such as heroin, cocaine, and alcohol, to mental disorders such as schizophrenia to the psychoses and anxiety that can accompany addiction. 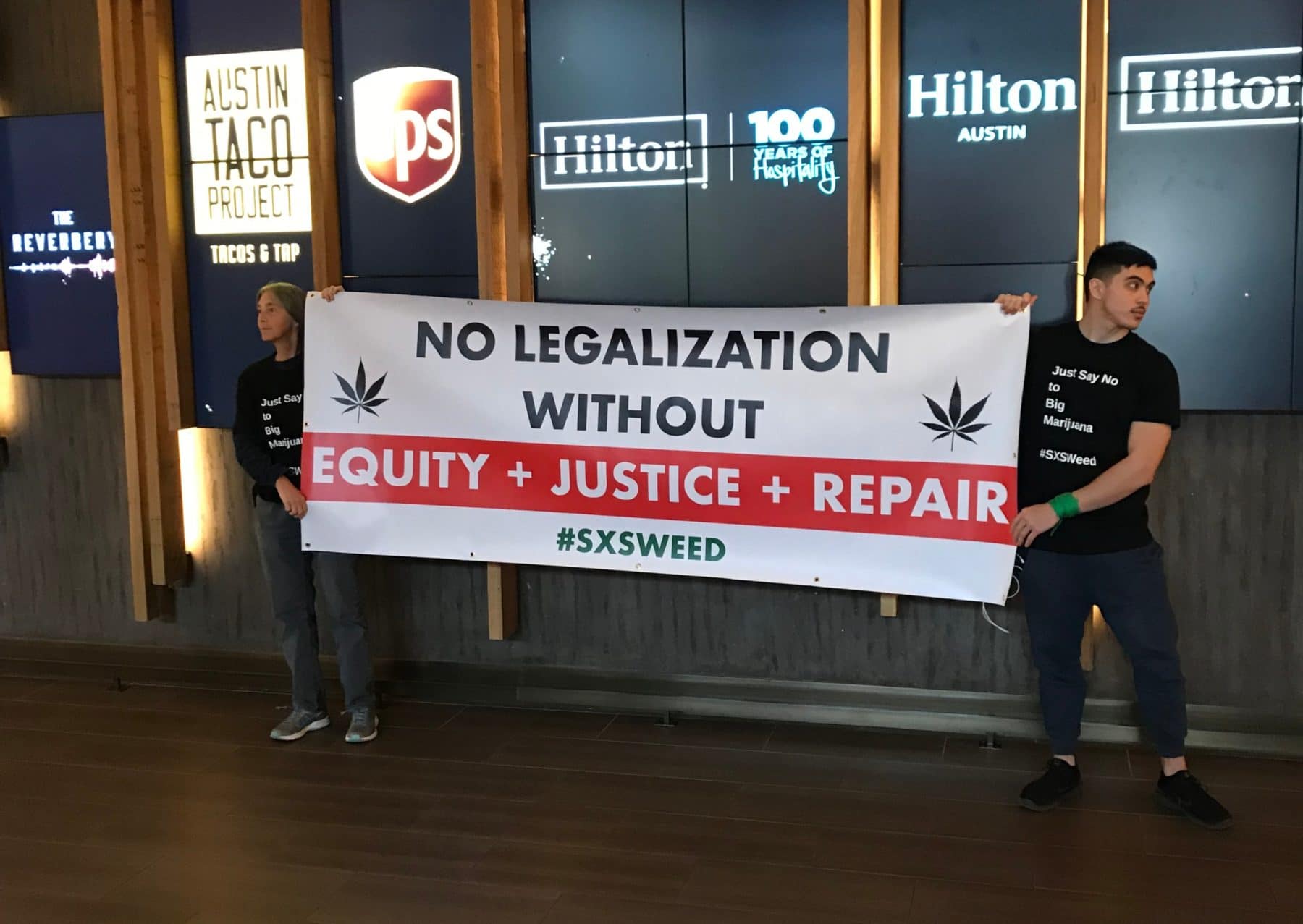 On March 15, cannabis activists protested outside the South by Southwest (SXSW) gathering at the Hilton Austin Downtown while former US House Speaker John Boehner presented on current cannabis business trends and the path to national legalization. “Just say no to big marijuana” one banner read. “No legalization without equity + justice + repair” read another. Activists gathered in the hotel lobby, before being forced out to the sidewalk. They also raised banners over the I-35 freeway, about a mile from the hotel. 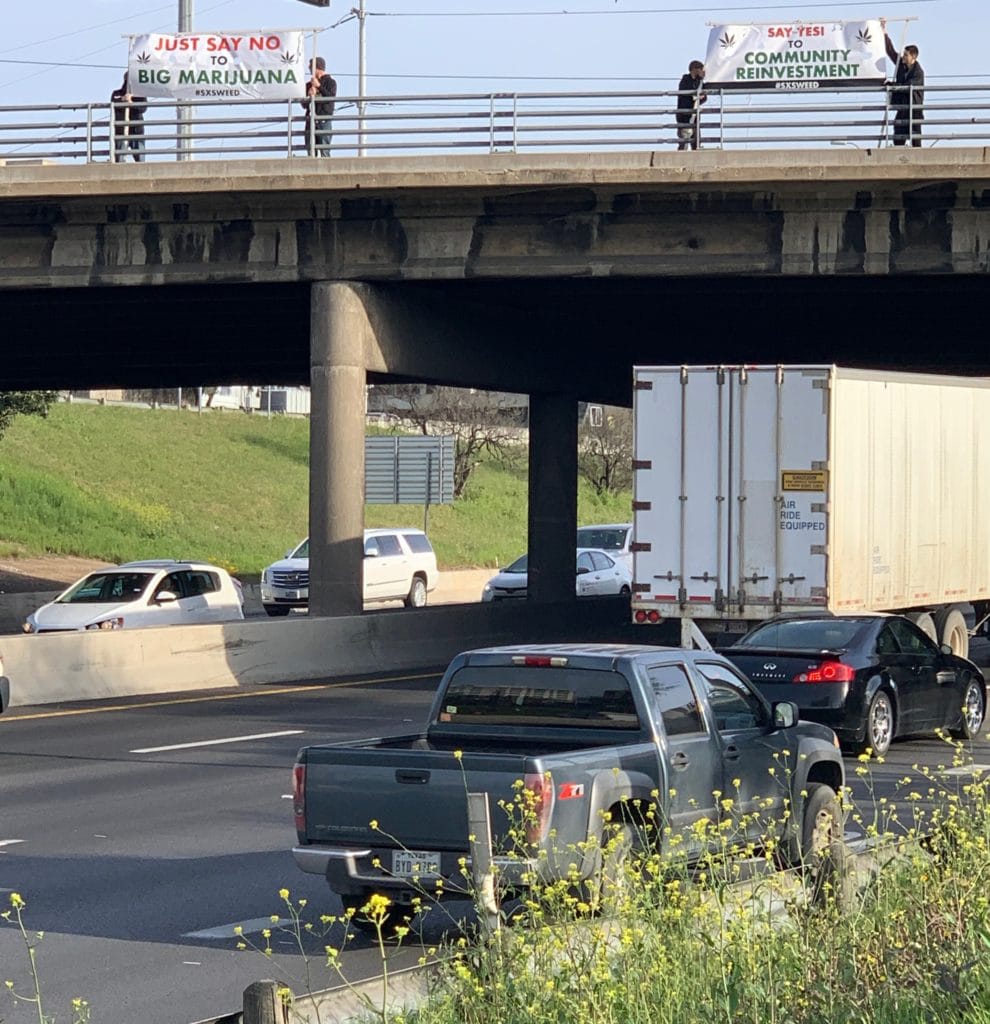 Ottawa estimates roughly 10,000 Canadians will apply to get free pardons for their cannabis-possession convictions if the government passes a bill that gives redress to those left with criminal records from the decades of prohibition of the drug.

The governor approved the bill on Monday.

State lawmakers have approved a series of bills reducing penalties for marijuana possession offenses and strengthening and expanding legal protections for medical cannabis patients. The measures now await action from Democratic Gov. Michelle Lujan Grisham, who is supportive of the changes.

On October 17, 2018, the Government launched a national Cannabis Tracking System to prevent legal cannabis from being diverted to the illegal market and to keep illegal cannabis out of the legal market. Federal licence holders and provincial and territorial public bodies are required to report information to Health Canada on a monthly basis through a web-based application.

“This is about equal rights because whenever you pick a certain group and treat them differently that is discrimination. Patients, renters, the poor, people of color and women are still marginalized for their cannabis use, despite legalization.”

Global policy on drug control is unrealistic, and has taken a harsh toll on millions of the world’s poorest people.

Most patients seeking medicinal cannabis on the NHS will not be able to get it soon, despite recent changes in regulation that allow doctors to give it, a committee has heard. England’s Chief Medical Officer called for robust scientific trials to check safety. These trials can last years. Families with children with severe epilepsy have been campaigning for greater access. Campaigners say they have been let down.

The Colour of Injustice: ‘Race’, drugs and law enforcement in England and Wales [Release]

The unequal enforcement of drug laws is a source of profound racial injustice. The Numbers in Black and White, published in 2013 by Release & LSE, showed how drug policing, particularly the use of stop and search, was driving ethnic disparities throughout the criminal justice system in England and Wales.

Experts are using DNA to better understand the many differences in how we experience cannabis as individuals.

Medical marijuana works well as pain relief for older patients – reducing symptoms and helping patients stay off powerful opioid painkillers, research has found. Researcher Dr. Laszlo Mechtler looked at the effects of medical marijuana on 200 patients aged 75 and older – and said that seven out of 10 had some sort of symptom relief.

The Best Products for Microdosing to Stay Chill and Productive [Herb]

As weed is legalized and becomes more mainstream, cannabis products seem to be getting “weaker” rather than stronger. This trend toward microdosing and low-THC products is, in part, to appeal to a wider audience of new and inexperienced users. But, it’s also helping veteran stoners stay medicated and productive. We took a look at this trend, from low-THC strains of weed to low-dose edibles, and identify some of the best products for microdosing.

Medical marijuana is legal in 33 states as of November 2018. Yet the federal government still insists marijuana has no legal use and is easy to abuse. In the meantime, medical marijuana dispensaries have an increasing array of products available for pain, anxiety, sex and more.

Antidepressants can kill you, study says, so people are turning to cannabis [Herb]

Many people struggling with depression are forgoing the use of antidepressants, for something more natural.

If you believe the annual reports from the National Institute on Drug Abuse, weed is getting stronger. Certainly, if you measure potency by THC content, marijuana is unquestionably becoming more potent. It was even noticeable when the average THC content of weed in 2003 was 6.4%, compared to just 0.72% in 1976. One of the main reasons for this extra potency is the focus on producing sinsemilla, which is the tops of unfertilized female plants (these happen to contain the highest amount of THC). In the modern era, harvesters remove the trimmings and get rid of water leaves, which contain little to no THC.

Two prominent Colorado institutions just announced a collaboration on the first clinical trial in the U.S. to analyze the effects of plant-derived cannabinoids on trauma to the brain.

As a means of providing immediate pain relief for cancer patients, scientists have begun conducting clinical research on delivering medical cannabis concentrates through an inhaler.

Marijuana won’t solve opioid crisis, but could be part of solution [The Growth Op]

Cannabis could be substantial first step in addiction therapy.

Consumers Are Replacing Pharmaceuticals With Medical Marijuana [The Fresh Toast]

Recent studies break down the reasons why.

The number of female cannabis consumers is on the rise, with most using the plant to address stress, anxiety, sleep problems, and pain.

The WIRED Guide to Cannabis [WIRED]

Humanity just can’t make up its mind about cannabis. For thousands of years, humans have used the stuff as medicine or to travel on spiritual quests. That, though, didn’t quite suit the British, who banned cannabis in colonial India. Then in the 20th century, the United States government declared war on marijuana, and most of the world followed suit.

You might think of cannabis as a medicinal and recreational substance, but did you know it also has a long and varied history as a spiritual herb?

There are so many articles online that talk about detoxing or getting weed out of your system, so here at MarijuanaBreak we wanted to share something different with you. We believe that if you are enjoying your bud or you are lighting it up to ease the pain or any other debilitating condition, then why not prolong that lovely occurrence. Enhance your experience and enjoy the effects of weed every minute, while it lasts.

Everything You Should Know About CBD-Infused Meals [Civilized]

“Keeping control of your dose is crucial,” says Ron Silver, chef/owner of Bubby’s in New York City and founder of Azuca, a CBD-infused line of syrups and edibles. “We look at CBD as medicine, and not something to be thrown around.”

Today, the Drug Policy Alliance is releasing a nine-part video series challenging assumptions about who ends up behind bars for drug selling and distribution-related offenses.

‘Miss Marijuana’s the type of girl all the guys want and all the girls want to be friends with,’ says pageant.

Throughout March Across Australia Details: Tickets available – click here to find out more