Every year, the northern NSW town of Nimbin hosts MardiGrass, an event that’s part festival, part protest, and 100 percent committed to all things weed. Naturally, a celebration of all that cannabis has to offer attracts a fair few cops, and we now know how much the police spent on MardiGrass in 2019: more than a quarter of a million dollars.

“Our politicians are supposed to be representing the community, but I am not sure that is the case with medicinal cannabis,” Mrs Haslam said. “This is still a major political issue – the majority of the community seem to be in support of it – the same as the rest of the world – but in Australia we have adopted the wrong system.

Medical marijuana in Australia is on the rise, despite the high restrictions [7 News]

The cultivation of cannabis for medicinal and research purposes was made legal in 2016 – but figures released last month show that while medical marijuana use is on the rise in Australia, access remains highly restricted.

The ACT Legislative Assembly health committee last week tabled its report on the legislation that would see the personal possession and use of cannabis legalised in the capital territory. The Personal Cannabis Use Bill was introduced into ACT parliament by Labor backbencher Michael Pettersson in November last year. The legislation provides that the possession of up to 50 grams of cannabis be made lawful, along with the home growing of a number of plants.

The medical study you pay to be in [Financial Review]

In the nascent field of medicinal cannabis, research can make you money. And no, not in the normal way. Listed skin care and health products company Bod Australia last Wednesday announced a “landmark” 12-month medicinal cannabis trial this week, focusing on the plants’ effects on PTSD treatment. The release contained the peculiar news that the trial will “generate revenue” while “underpinning medical cannabis product sales for its Pharma business”. 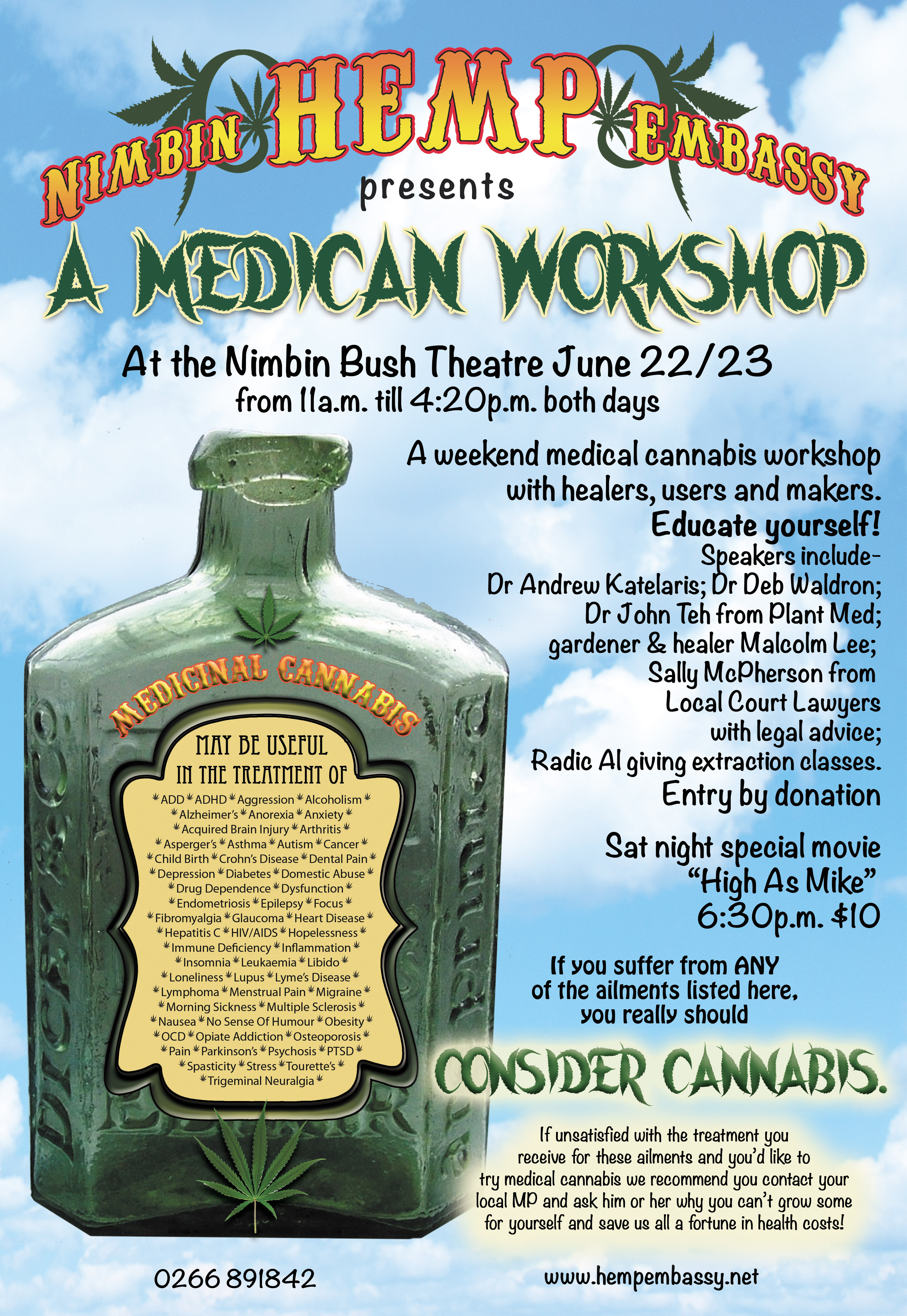 Under new Health Canada regulations, single-serving cannabis edibles will have their THC content capped at just 10 milligrams of THC per package. Industry advocates call it regulatory overreach and warn that the rules will lead to excessive packaging waste.

Most US drug arrests involve a gram or less [The Conversation]

U.S. drug laws are designed as if every offender was a dedicated criminal, treating the possession or sale of even small quantities of illegal drugs as a serious crime requiring serious punishment. Last December, my colleagues and I published a study on U.S. drug arrests, showing that roughly two out of every three arrests by state and local law enforcement target small-time offenders who are carrying less than a gram of illegal drugs.

The purpose of the 420 bill is to federally regulate, decriminalize, and tax cannabis products; just as we currently do with alcohol. In other words, it would completely change the face of the marijuana industry forever.

A handful of the Netherlands’ medium sized cities have come forward to take part in the government’s controversial regulated marijuana experiment but the five biggest cities have all said no. The experiment with regulated growing is supposed to remove the gray area between the sale of marijuana in council-licenced coffee shops and the illegal cultivation and supply. However, there are so many problems with the proposals that the big cities, where most of the coffee shops are located, see no point in taking part. One issue is with the four year trial period, which will not be extended, even if the experiment is successful. Another objection is the requirement that all coffee shops within a council area take part in the scheme. In Amsterdam, with 175 coffee shops, this would be impossible to control. In addition, the coffee shops would not be allowed to sell any ‘foreign’ hashish, which currently accounts for up to 25% of sales.

Israel’s Kibbutzim Are Ahead of the Trend on Cannabis [CTech]

Notable public figures have made headlines this past year by jumping on the cannabis bandwagon, but Israel’s former agricultural communes have identified the opportunity long before.

In some U.S. states, it’s been years since cannabis was legalized for medical or recreational purposes, yet you still can’t buy it with a credit card.

The Church Of England’s $10.5 Billion Fund Will Now Invest In Cannabis [Forbes]

When you look at it from a historical perspective, there is nothing in the basis of Christianity against medicine. Jesus himself was (and still is for many, today) a healer.

States that legalize it should set a minimum age of 25 or older.

Canada’s legal cannabis industry continues to make progress. Product shortages are decreasing. Store numbers are increasing. And edible cannabis regulations have just been finalized. With these basics falling into place, the industry and its regulators can focus more on competing with black markets. Product quality is one area where legal suppliers might have advantages. But to deliver good quality cannabis, producers must simultaneously aim for both careful science and carefree highs.

Metabolic engineering of cannabinoids – are we there yet? [News Medical]

As the legal regulations on the use of cannabis continue to become more lenient around the world, researchers have become increasingly interested in establishing techniques that will meet the growing demand to harvest this plant.

Does Endocannabinoid Deficiency Play a Role in These Common Illnesses? [Leafly]

Ethan Russo M.D., Director of Research and Development of the International Cannabis and Cannabinoids Institute has theorized that clinical endocannabinoid deficiency could be the cause behind irritable bowel syndrome, fibromyalgia, migraine, and other treatment-resistant syndromes. The ECS is present in every major bodily system, which is how its dysfunction can theoretically cause such a variety of conditions—and how cannabis manages to treat them.

Military veterans who participate in a state’s medical marijuana access program frequently report substituting cannabis for alcohol and other controlled substances, according to data published in The American Journal of Drug and Alcohol Abuse.

There is No Legalization without Home Growing [The Marijuana Times]

What Are Cannabis Concentrates, Oils, and Extracts? [Leafly]

Cannabis concentrates, oils, and extracts offer many unique benefits that you won’t find smoking flower. From easy, precise dosing to clean and refined flavors, concentrates focus on the ingredients in cannabis that matter most. In this 4-part series, you’ll learn the fundamentals of concentrates, explore product options, discover how extracts are made, and more.

Someone is caught making, buying or taking drugs nine times an hour on average in Queensland, police statistics reveal. A total of 81,430 drug offences were committed in 2018, which included everything from large-scale ice trafficking to possessing small amounts of marijuana. 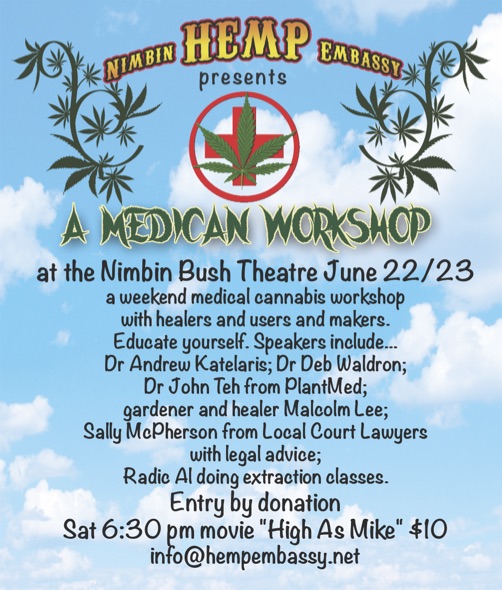