As the 2015-16 NSW Crime Commission Annual Report points out, while “commendable law enforcement efforts” nationwide have led to “larger seizures and more arrests”, these have “little, if any, effect on the quantities of prohibited drugs available”.

Peak medicinal cannabis advocacy body United in Compassion has today launched a re-vamped and more up-to-date website in a drive to be as clear as it can about its work, areas of focus as well as its positions and policies. A useful and in-depth patient guide for new and prospective users of medicinal cannabis will also be available for download along with presentations from the UIC 2019 Symposium.

The NZ Government does not plan to set limits on the amount of THC – the main psychoactive ingredient – in medicinal cannabis products. The move is part of the proposed regulations and standards for medicinal cannabis – covering everything from cultivation to quality standards – released by the Ministry of Health on Wednesday.

A Winmalee family is urging Blue Mountains residents to get behind the fan screening of High as Mike (Medical Cannabis: Natural. Healing. Criminalised).

“Legalise and License the Supply of Drugs”: An Interview With Chris Daw QC [Sydney Criminal Lawyers]

When radio broadcaster Alan Jones agrees with the NSW Bar Association and Uniting Church, backers of the successful King’s Cross medically supervised injecting centre, to decriminalise the personal use of all drugs including ice, it’s clear that the prohibition mantra is being challenged like never before.

The program explores the endocannabinoid system, medicinal cannabis, delivery methods, pharmacokinetics/dynamics, safety and its evidence base in treating a variety of mental health conditions, plus other nutritional medicine approaches to moods and mental health. The conference features Dr Sue Sisley MD, US medicinal cannabis expert, and a host of other top speakers.

This video is about three-time cancer survivor, Chad Walkaden providing an overview of the situation with Medical Cannabis in Australia. 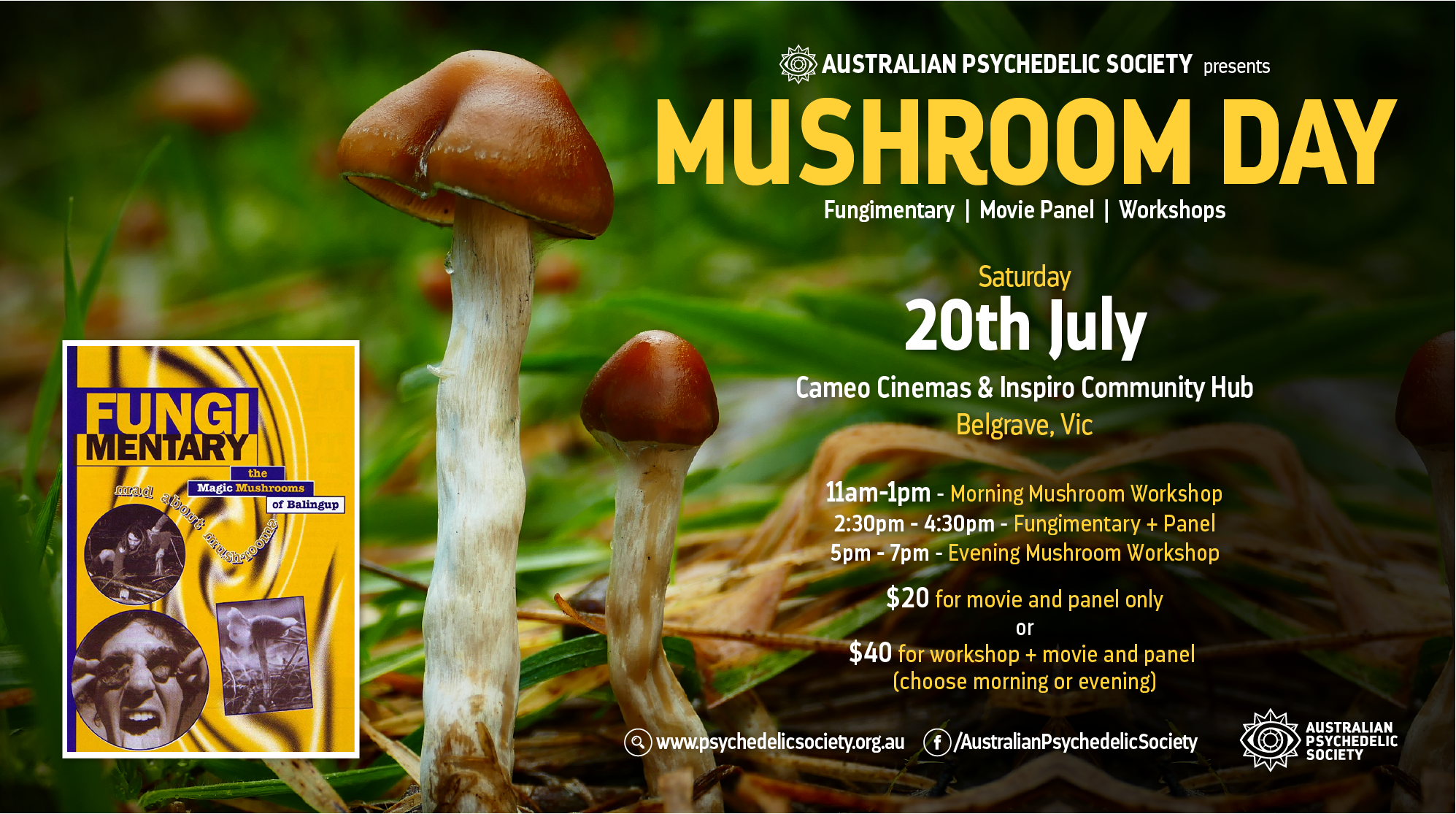 Lance does not deserve any of the punishment he is receiving. He is being punished for being a successful farmer and store owner in a time when medical cannabis was the law of the land while being 100 percent compliant to the States requirements.

Rep. Katherine Clark’s amendment to prohibit veterans from being denied home loans because of their work in the cannabis industry will now go on to the Senate for approval.

The nation’s first Master of Business Administration degree for medical cannabis is available now via the University of Sciences in Philadelphia, Pennsylvania.

CTV News reports that Canadian scientists are currently mired in a Borgesian complex of pending bureaucratic approval and applications. Academics must first attain a research license in Canada prior to starting research, but only 65 new licenses successfully made it through the system since Canada legalized marijuana Oct. 17.

A proposed cannabis café in West Hollywood received unanimous approval from city officials; the cafe will allow for on-site cannabis use, including smoking.

The Food Safety Authority of Ireland (FSAI) has recalled 10ml bottles of extra strong Euphoria Full spectrum Oil, which has been imported from the Netherlands and has a ‘best before’ date of 31 August 2020, after finding it contains Tetrahydrocannabinol (THC)!!!

Namibia’s justice minister has ruled out legalizing marijuana as he feels the country is ill equipped to deal with its potentially harmful side effects. Activists within the African nation have been protesting in a bid to see its prohibition of medicinal and recreational cannabis use overturned. A group of Rastafarians marched through the streets of Windhoek on Good Friday, protesting and declaring that smoking weed is their birthright.

Twenty-three thousand dead. That’s the latest estimate—and maybe a low one—of people killed by President Rodrigo Duterte’s Philippines drug war. Duterte won the May 2016 presidential election on a brutal tough-on-crime ticket, playing on an impression in many Filipinos’ minds that the country was on the verge of lawlessness.

On 30 May 2019, Italy’s highest court, the Court of Cassation, published a note of information on the legality of selling low-THC cannabis. This followed attempts to prosecute entrepreneurs who were openly selling cannabis flower and other extracts.

Thailand’s first batch of legal medical marijuana will be prescribed to registered patients starting from next month.

The Max Stern Yezreel Valley College announced on Monday that new students will be able to pursue a B.A. in Behavioral Sciences with a specialization in medical cannabis, enabling graduates to play a role in one of Israel’s “most prosperous industries.”

Jamaica’s Alternative Development Programme is being implemented as a strategy to transition traditional cannabis farmers from an illicit framework into the regulated environment, as a means of promoting sustainable economic development and poverty eradication.

Sales of insurance-covered medical cannabis continued to increase during the first quarter of 2019 in Germany, the largest market outside North America.

Democratic presidential candidate Pete Buttigieg, the mayor of South Bend, IN, has released a plan to legalize marijuana at the federal level and cut the United States prison population in half.

Does Legalization Fuel the Black Market? [The Marijuana Times]

A recent PBS story attempts to paint the picture that cannabis legalization actually adds fuel to the fire that is the illegal cannabis market by allowing illegal grows to flourish, camouflaged by the legality that surrounds them.

The recent wave of recreational cannabis legalization across the U.S. could generate $22 billion in sales per year, but not everyone is happy about it. New research to be published in an upcoming edition of the INFORMS journal Marketing Science, titled, “Asymmetric Effects of Recreational Cannabis Legalization,” shows the alcohol industry could be impacted when the substance is legalized.

While notoriously difficult to heal, a new, experimental cannabinoid-based treatment promises to vastly improve the prognosis for the millions of older adults who suffer from chronic wounds.

The results are “pretty significant,” notes lead author Dr. Nicholas Lintzeris, a professor at the University of Sydney.

It’s 2019 and we still live in a world where one small study, on mice, with a highly questionable methodology, published in a marginal journal, with major flaws, leads to a clickbait media panic.

Researchers from the Colorado State University Department of Soil and Crop Sciences believe that the proliferation of industrial hemp flowers could benefit pollinators, specifically the declining bee population.

Marijuana use may not make parents more ‘chill’ [Science Daily]

Sorry, marijuana moms and dads: Using pot may not make you a more relaxed parent, at least when it comes to how you discipline your children. A study of California parents found that current marijuana users administered more discipline techniques of all kinds to their children on average than did non-users. That includes everything from timeouts to, in some cases, physical abuse.

Cannabis and similar substances that interact with the body’s natural cannabinoid receptors could be viable candidates for pain management and treatment, according to new research published in the journal Experimental and Clinical Psychopharmacology.

The School of Medicine at the University of California, Riverside, has received a five-year grant of more than $1.7 million to identify novel gut-brain endocannabinoid signaling pathways that control feeding behavior and become impaired in obesity.

Join us for a relevant and insightful panel discussion with Mick Palmer(former AFP Commissioner) and Dr Alex Wodak (former Director of the Alcohol and Drug Service). The panel will cover Roadside Drug Testing and Pill Testing and will be followed with light refreshments.