The Greens won support for the inquiry 35 votes to 31 on Thursday, with Labor and crossbench senators helping the minor party to defeat the government. The Senate’s community affairs committee will look at the suitability of medicinal cannabis for government subsidies through the Pharmaceutical Benefits Scheme. It will also compare Australia’s regime to other countries and investigate training and education of doctors in relation to the treatment. The committee is due to report on February 12 next year. 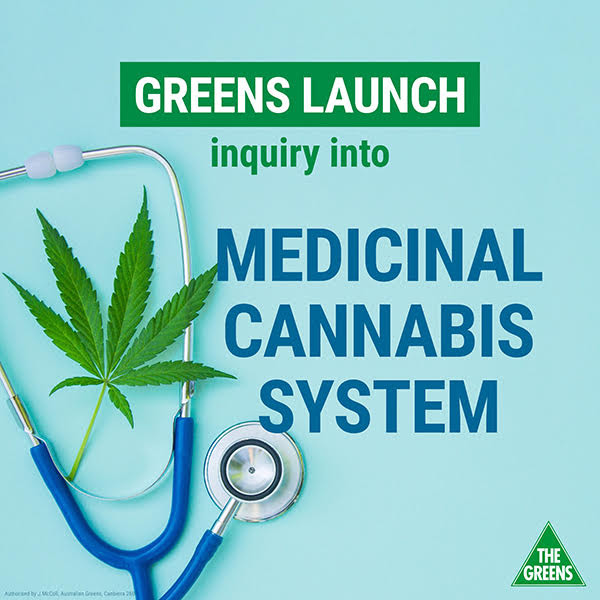 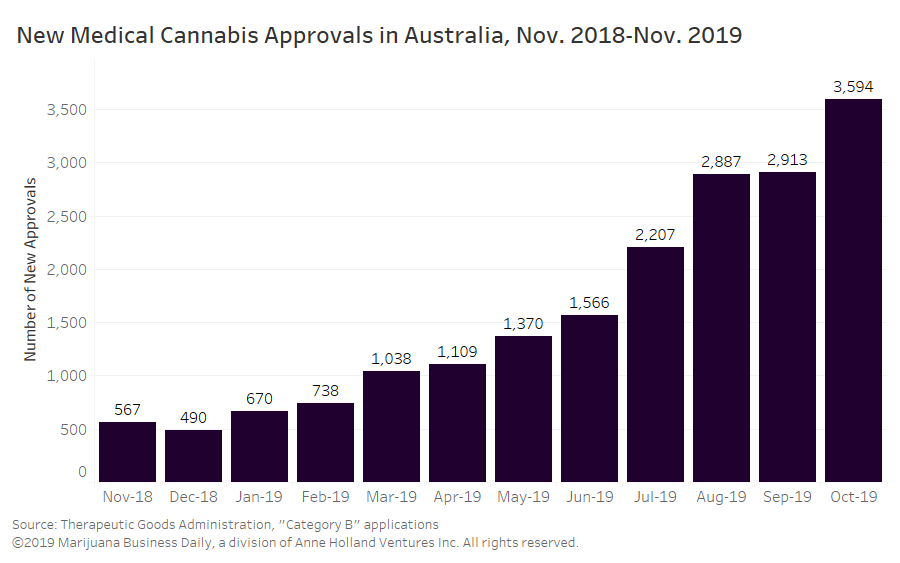 Is it time to legalise drugs? [Drug Policy Australia]

Here’s the video of the Panel discussion, “Is it Time to Legalise Drugs”, held at the Melbourne town hall in September, and hosted by Jon Faine. For those that missed the evening hear from an all-star panel of community leaders, politicians, lawyers, ex-police and journalists discuss the war on drugs.

As a former top cop, I feel a duty to speak out [The Sydney Morning Herald]

I sincerely urge the Premier and the Commissioner to be prepared to examine the facts and change their minds or at least discuss the options. It is the only way we will make a difference and, in regard to the recent coronial inquiry, six families are sitting on the sidelines watching.

The fire, allegedly lit on Thursday, is still burning out of control on the NSW Northern Tablelands. It has burnt through more than 5,400 hectares.

For the first time in history, a congressional committee has approved a bill to end federal marijuana prohibition in the USA. The House Judiciary Committee passed the Marijuana Opportunity, Reinvestment and Expungement (MORE) Act in a 24-10 vote on Wednesday, setting the stage for a full floor vote.

Legalization “is just killing off the small farmer,” said Mendocino County supervisor Ted Williams, who was elected last year. “The sense in this county is that Prop. 64’s implementation is really favoring the corporate interests at the cost of the small family farms.”

California’s cannabis industry continues to struggle with problems that remain much the same since early 2018 when the state transitioned to a legal market – and no clear solutions have yet emerged.

The district attorney in Brooklyn, New York has announced that charges against the recipient of a large hemp shipment will be dropped; police had confiscated the shipment and described it as a major cannabis bust.

In a news release, the governor says the order is meant to serve as a “stopgap measure until the Idaho Legislature enacts a more permanent solution” to conflicts between state and federal law related to the interstate transportation of hemp.

Lab testing is a key factor in most legal cannabis markets. Most immediately, this is what helps ensure that the products consumers purchase are not contaminated with harmful substances such as mold, yeast, pesticides, or other chemicals. It’s also one of the ways that weed-legal states try to ensure a certain level of uniformity in terms of telling consumers the potency of different products. Yesterday, Nevada state authorities suspended the license of a marijuana testing lab. Authorities now claim that the lab was falsifying THC potency in products moving through its labs.

Gov. Phil Murphy’s administration will help lower the cost of medical marijuana by requiring for-profit companies entering the market to show how they will cut prices before the the Health Department allows them to operate. With premium dried weed costing as much as $500 an ounce and no insurance company willing to cover the expense, many of the state’s 60,000 registered patients struggle to pay for their medicine every month.

Coloradans on probation can continue to use medical marijuana, the state’s Supreme Court ruled Monday, rebuking a district court judge’s decision from two years ago. In a unanimous decision, Colorado’s highest court ruled that defendants with cannabis prescriptions are free to do so unless it could be proved that doing so would negatively affect their progress.

In a couple weeks, residents 21 and up will be able to walk into a store and purchase marijuana, a plant that’s long been illegal in Michigan and that remains illegal federally. Michigan on Tuesday, for the first time ever, sanctioned the commercial sale of marijuana beginning Dec 1.

October 2019 marked one year since Canada legalised cannabis for recreational use and in the build up to the US election, cannabis has become a hot topic. However, with much of our attention focused on North America, it’s ‘high’ time we turned to Europe to see what progress is being made.

Doctor training, trials and subsidized purchases are all on the table as plans are laid to make cannabis available from every pharmacy in the country.

Country brought in line with the rest of the EU, where inconsistent enforcement has led to patchwork of unregulated markets.

Exhausting, expensive and cruel – this is what it’s like to travel abroad for medical cannabis [Independent]

As a pharmacist, I can pass through customs with ease. But desperate patients bringing the legal medicine back without the right documents risk arrest, prosecution and imprisonment.

Politicians running scared of big pharma and the taboo around cannabis are blocking access to these vital drugs.

The Liberal Democrats General Election manifesto includes a pledge to create a ‘regulated cannabis market’ – and slams Labour and the Tories’ ‘prohibitionist attitude to drug use’.

Thailand is speeding up legal changes to liberalize its nascent medical marijuana industry, according to the country’s health minister. The changes will allow household cultivation of six cannabis plants to increase supplies for medical products, Anutin Charnvirakul said in a speech in Bangkok late Wednesday. The move will also give Thais a crop they can grow to boost their incomes, he said.

Although people with psychosis, social anxiety disorders or post-traumatic stress disorder could potentially benefit from medical cannabis, the UK’s Royal College of Psychiatrists has said, the current evidence was “in need of improvement”.

Cannabis is an extremely complex plant, and it contains many more cannabinoids than just THC and CBD. How many cannabinoids do you think this plant contains? So far, more than 60 cannabinoid compounds have been discovered, and cannabigerol (CBG) is one of them. CBG is a non-psychoactive cannabinoid that can help treat multiple medical conditions, diseases, and illnesses. Although THC and CBD are two commonly consumed cannabinoids, CBG is gaining more popularity and attention due to its medicinal value.

A guide to CBD topicals, balms, and lotions [Leafly]

CBD products are not only popular, but also far easier to get your hands on than widely prohibited THC products. There are many ways to use CBD, but topicals are one of the most accessible. However, before choosing one off the shelf or online, there are a few things to know first.

“It’s nearly impossible to detect hundreds of potential synthetic cannabinoids in a single test, and dozens of new synthetic cannabinoids are designed every year,” according to Project CBD, which notes that many of these designer drugs “are orders of magnitude more potent than THC. A chemical 100 times more powerful than THC has to be detected at very low concentrations, and most labs do not specialize in synthetic cannabinoid detection.”

According to the Hemp Industry Daily predictions, CBD sales are up 133% over last year. If growth continues along the same path, CBD sales could reach over $10 billion dollars by 2024.

American Marijuana is seeking a cannabis product reviewer who could earn up to $36,000 a year. Applicants must be 18-years-old live in a U.S. state with legalized medical cannabis or Canada, be “physically fit and healthy” and have “extensive knowledge” of cannabis.

The CBD regulation body, the Association for the Cannabinoid Industry (ACI), was launched at the inaugural Centre for Medicinal Cannabis conference on Friday, where key players in the cannabis industry came together to be introduced to the seven pillars of the ACI Quality Charter and to hear from numerous experts in the field.

In cinemas from 10 October. You can also see it at the Nimbin Medican workshop 26-27 October. In Australia, two men work to provide the last hope of relief — and in some cases cure — for thousands suffering chronic and terminal illnesses. They provide black market medicinal cannabis for people who have nowhere else to turn.

Greens are hosting a public forums about our drug laws in NSW. Come along to find out why the war on drugs has failed, what evidence-based public policy that prioritises harm reduction looks like, and what we can do to move towards decriminalising people who use drugs.