The facility will be owned, funded and operated by The Valens Company, a Canadian medicinal cannabis business listed on the Toronto Stock Exchange. However, an Australian distributor of medicinal cannabis, Cannvalate, is managing the project, hiring staff and fitting it out with the necessary equipment.

While the family believe cannabis oil has provided Carli with some relief, the oil is costing the family $1100 a month. Carli turns two in August, and as she gets older she’ll require a larger dose, which will increase the cost further.

If this cannabis bill passes, those 20 years of age and older would be able to possess and purchase cannabis legally. This is two years older than their legal drinking age of 18. Citizens would be able grow up to two cannabis plants, or four per household, and buy up to 14 grams of cannabis per day. There would be no public use, and possession for those who are underage will still be outlawed.

In September 2020, a referendum is due to be held alongside New Zealand’s general election, in which voters will decide whether to legalise cannabis. Chris Fowlie of cannabis lobby group NZ NORML spoke with BAY FM reporter Dr John Jiggens about New Zealand’s legislation which he describes as well balanced and providing a model for the rest of the world.

The NZ government’s adult-use bill contains a unique provision that could eventually decrease their share of tax revenue. The bill, which is partially modeled on Canada’s restrictive adult-use legislation, will require the government to work to reduce the country’s use of cannabis over time. If the government succeeds at this end, then overall weed sales will decline, as will tax revenue.

The bill being proposed by the Labour-led Government would allow cannabis to be consumed, sold, and purchased for recreational use, by people 20 years or older. Personal possession of 14 grams of cannabis, the sale of cannabis edibles, and growing up to four cannabis plants per household would be allowed.

Altered States: Cannabis regulation in the US

Cannabis is now legal for adult non-medical use in 11 US states, but the details of how this works in practice are not widely understood. In this report, we explore how regulation compares across the states that have legalised and consider what lessons can be learnt for drug policy reform in future – especially how it can deliver better outcomes for public health and social justice.

Cannabis and America’s uprising: It’s time to answer the knock at the door

America’s drug war has targeted Black Americans for nearly 50 years, and enabled a culture of racist policing and state-sanctioned murder.

As legalization heads to the ballot, Arizona mourns a beloved leader

While advocates for legalization in Arizona have already collected more than enough signatures to ensure that the Smart and Safe Act, a statewide recreational marijuana legalization measure, will be eligible for the state ballot this November, their anticipated victory is bittersweet. Mikel Weisser, the director of Arizona NORML and a veteran activist who played an enormous role in bringing Arizona to the cusp of legalization, passed away on May 14 after suffering a heart attack.

Khiron Life Sciences announces that it will be the first company authorized to sell high-THC and high-CBD cannabis for medical use in Colombia.

A well-preserved substance found in a 2,700-year-old temple in Tel Arad has been identified as cannabis, including its psychoactive compound THC. Researchers concluded that cannabis may have been burned in order to induce a high among worshippers.

A shipment of medical cannabis exported from Uruguay in late 2019 to Europe is raising eyebrows, both about the buyer’s identity and the cargo’s sheer size. The 1,000-kilogram (2,205-pound) shipment of high-THC cannabis flower was legally exported from Uruguay to Portugal late last year. The Uruguayan shipment is likely the biggest-ever single international shipment of medical cannabis, yet the importer, purpose and final destination of the product remains largely a secret.

Since Jan. 1, the Czech Republic’s public health insurance has been extended to cover medical cannabis under certain conditions. The inclusion of cannabis is already starting to bear fruit, although limited participation by physicians and pharmacies could pose hurdles for the market.

South Africa has amended its drug law to allow some CBD products to be available over the counter, making a temporary rule on non-prescription CBD permanent.

Dr. Dedi Meiri, from the Laboratory of Cancer Biology and Cannabinoid Research at the Technion, shares insight from his research into cannabis for various medical applications.

Can CBD Help to Prevent Acne? A Look at the Evidence

Over the last few years, the list of reported benefits of CBD has continued to grow. Many dermatologists and beauty companies even claim that the plant derivative can help prevent acne.

Growing cannabis for the first time can alter a relationship with the plant.

How Do Cannabis Topicals Work?

Topicals; one of the most popular ways to use cannabis and take advantage of its many benefits. Even though they have been around for many years, recent cannabis legalization has allowed companies to improve and create better and more advanced products consistently.

All About Giving CBD To Dogs

A new study offers more data on the role cannabinoids play in the brain’s ability to extinguish traumatic memories.

Can CBD Help Seniors With Insomnia?

The answer depends on the problem that’s causing their lack of sleep in the first place. As people age, they naturally experience changes with their sleep patterns, mainly because aging bodies produce smaller amounts of growth hormone. This change results in less deep sleep, waking up during the night, and often waking up too early, before the body is fully rested.

Cookies, a well-known dispensary in Los Angeles, was looted during Saturday’s massive protests sparked by the killing of George Floyd. But the brand’s creator and store’s part-owner, the famous rapper-turned-cannabis-entrepreneur Berner, says he is more concerned about the underlying injustices being highlighted by protestors than the damage to his storefront.

Marijuana Legalization And The Fight For Racial Justice

“Black and brown lives matter and we owe it to our country and to ourselves to take tangible steps toward dismantling many of the power structures that perpetuate injustice. Marijuana prohibition is simply one of them.”

Biden’s role in authoring bills ramping up the war on drugs during his time in the Senate is also being featured in a Trump 2020 video ad—signaling that the president is angling to present himself as the drug policy reform candidate as the November election approaches. “Biden hasn’t just stoked America’s racial divisions over the course of his decades in Washington,” the blog post on donaldjtrump.com states. “Biden was the chief architect of mass incarceration and the War on Drugs, which targeted Black Americans.”

The U.S. Drug Enforcement Administration [DEA] has been granted sweeping new authority to “conduct covert surveillance” and collect intelligence on people participating in protests over the police killing of George Floyd, according to a two-page memorandum obtained by BuzzFeed News.

High Time for the Left to Debate Drugs Policy

On this day in 1971, Britain adopted the Misuse of Drugs Act. Almost 50 years later, it’s time to look beyond prohibition – but the solution won’t be found in a for-profit recreational drugs industry.

The ongoing protests following the killing of George Floyd were caught up in violence again on Saturday, as police all over the USA tear-gassed protesters, drove vehicles through crowds, opened fire with nonlethal rounds on journalists or people on their own property, and in at least one instance, pushed over an elderly man who was walking away with a cane. Here are some of the ways law enforcement officers escalated the national unrest. 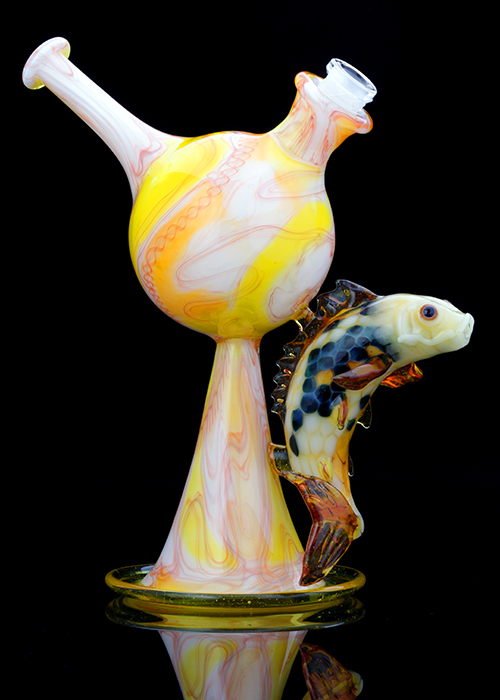 Jeff Cox, bureau chief for medicinal plants, helped to facilitate the new policy and believes it opens the door to a significant new market opportunity for both hemp farmers and medical and adult-use cannabis businesses in the state, which “will be adopting the USDA 2018 Farm Bill regulations, effective Nov. 1,” he says.

The Maine Cannabis Coalition has filed a lawsuit against the state for its decision to remove residency requirements for cannabis business licenses, the Portland Press Herald reports. The trade association says the decision by the state Department of Administrative and Financial Services violates Maine’s Marijuana Legalization Act.

11 June online event: Back by popular demand, you don’t want to miss the second annual cannabis legal issues update. With the medicinal cannabis sector continuing to grow at a rapid rate this is the perfect time to get in on the ground floor so you don’t miss your chance in this growing field of law. Hear about the latest legislative developments including the outcomes of the Senate inquiry into patient access to medicinal cannabis.