An operation producing cannabis-infused gummy lollies, chocolates and baked goods in Waikato has been busted by police. The products were being marketed and sold online via Instagram and Facebook and through a website using the alias ‘Dolly’s Edibles’, Detective Inspector Graham Pitkethley said.

A Piece of the American Pie: The Successes & Shortcomings of Oakland’s Equity Program

In two turbulent years, the City of Oakland has approved 572 temporary licenses and 24 permanent licenses to people who qualify for Oakland’s “Cannabis Equity Program,” according to the city’s most recent data from March 2019. In order to qualify for the equity program, applicants must be residents that earn less than 80% of the city’s median income. They also must have lived for 10 of the last 20 years in one of the city’s neighborhoods that police have disproportionately targeted or been convicted for a cannabis crime in Oakland after 1996.

“The marijuana tax fund is really the only bright spot in the state budget right now. In terms of taxable sales it was about $15 million that’s going to go to the school fund, city and county governments.”

Why Does California Still Have a Black Market for Cannabis?

California’s tax revenues could be much higher and the benefits of legal weed greater — if only it could get a handle on its thriving cannabis black market. Currently, California’s black market for weed is more profitable than its legal one. Read on to learn more about why people are opting for illegal purchases over legal ones and what the state can do to change it.

California, the largest licensed cannabis market in the world, can’t seem to compete with illicit activity. What’s the problem?

The Texas Hemp Industries Association is asking the Texas Department of State Health Services to change a proposed rule that would prohibit smokable hemp sales, saying it goes beyond state and federal statutes, is an unfunded mandate and is unenforceable.

A third-party consumer research study looking at CBD’s effects on humans, meant to help gather liver safety data that the U.S. Food and Drug Administration needs to move forward with regulation, is set to begin in July.

International Cooperation: The Next Generation of Cannabis Development?

The Canadian-German market connection has been a “thing” ever since the middle of the last decade. But this is not the only international cannabis connection. Indeed, firms in multiple countries have been developing international partnerships for quite some time – and not just deals involving the plant or its extracts, but on the cannabis technology front.

What Does The Future Hold For Jamaica’s Cannabis Industry?

The coronavirus may set back the island nation from putting regulations in place for the export and import of medical cannabis, a situation that has led to investors pulling out.

Legislation easing restrictions on recreational, medical use to be advanced ‘responsibly’; report says process will take 4 months, use to be approved for ages 21+.

Uruguay sends another record-breaking shipment of cannabis flower to Europe

The two huge shipments are unusual for their secretive nature – at least from the importer’s standpoint. Cannabis companies, particularly those from Canada, typically boast about the smallest of international shipments.  But, so far, no company has publicly taken responsibility for importing the shipments into Europe from Uruguay.

How to Choose the Best Seeds for Planting Cannabis

Seeds that are not mature are typically small with a greenish hue and soft shell. Good, healthy seeds will be more greyish to brown with speckles and have a glossy appearance free from cracks. They are typically bigger in size as well. Seeds that are very dark or near black and appear to be dull may be old. To avoid immature seeds or aged seeds, try not to purchase seeds that have recently been harvested as well as those that have been kept in storage for long amounts of time.

Ultra-low cannabis dosing: When microdosing is still too much

Consumers are experimenting with novel ways to get the most out of their hit, with less … of a hit. As growing research confirms that a little weed goes a long way, both cannasseurs and researchers alike are looking to enhance the beneficial outcomes of cannabis while minimizing detrimental ones with very small doses.

This doctor’s insight on treating the pandemic with cannabis

Once cytokines are turned on past their maximum, the proteins become difficult to control and can cause a shockwave of effects.

A recent Washington State University study found that cannabis can reduce the immediate symptoms of PTSD by more than half.

We spoke exclusively to Ethan Russo who believes that many common diseases stem from clinical endocannabinoid deficiency.

Racism and Policing Are Global Problems. Drug Control is a Vehicle.

There is now substantial evidence that the war on drugs has disproportionately targeted Black and Brown communities in the US, resulting in profound racial injustice.

“We are grateful for Congressional leadership in introducing legislation that would reform policing in this country and reexamine the kinds of deadly police militarization practices that have stricken our nation and have caused many to question the operation of American democracy. This bill includes much-needed provisions to end racial profiling, ban chokeholds, and create a national database for police misconduct and use-of-force.”

Drugs are not an excuse. There is no excuse.

George Floyd drew his last breath after one police officer knelt on his neck for nearly nine minutes while another taunted “don’t do drugs, kids” to the gathered crowd. Drug involvement –whether real or perceived- is a convenient excuse for these violent and too often fatal law enforcement interactions.

Since Floyd’s killing and the protests that ensued, officials in Los Angeles and New York City have called for making deep cuts to swollen police budgets and reallocating those funds for education, affordable housing, and other social services. “Our commitment is to end policing as we know it, and to recreate systems of public safety that actually keep us safe.”

In recent years, lawsuits directed against the federal government’s prohibition of cannabis have tried—and repeatedly failed—to knock down marijuana’s Schedule I status. A recently filed lawsuit, however, suggests the legal wall against cannabis legalization should not even exist, due to a mistake made more than 25 years ago.

Canada became the first G7 and G20 nation to regulate cannabis on 17th October 2018. In this report, we provide a comprehensive overview of cannabis regulation in Canada, analysing and comparing regulations in key areas and drawing out lessons for other countries going forward. 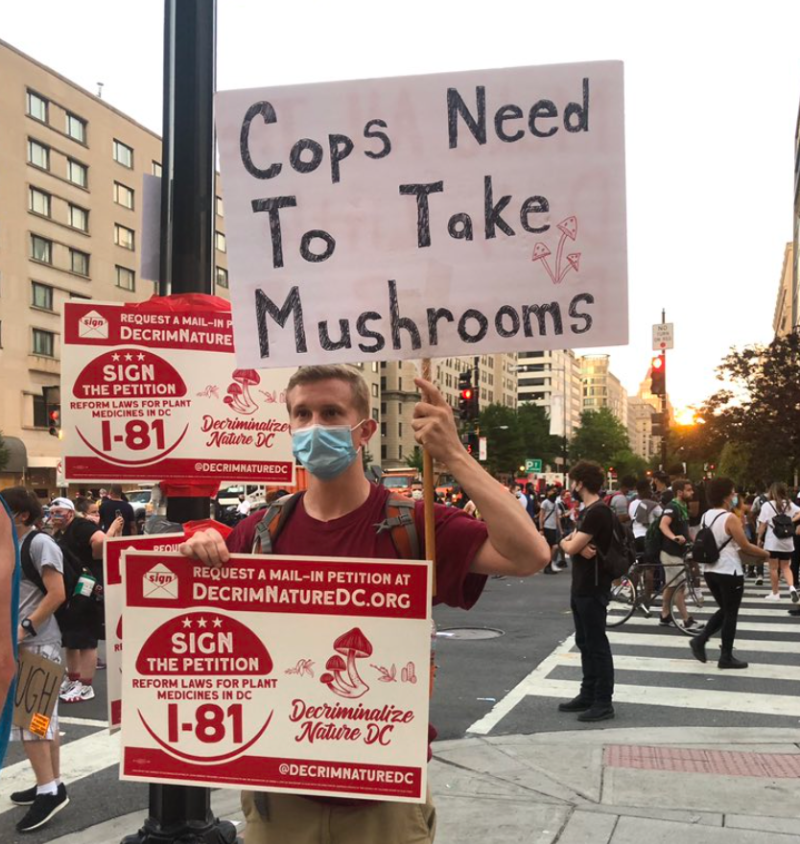 10 Cannabis Photographers Who Have Changed the Game

Here’s a list of some outstanding cannabis photographers who have made waves in the industry in their own unique ways.

Not everyone is a fan of rock ‘n’ roll but, for many people, sex and drugs make a great combination. Pairing the two can lead to a highly enjoyable experience, with heightened physical and psychological effects including increased feelings of intimacy, confidence and pleasure.

Where there’s a weed, there’s a company trying to make a show about cooking it. Cooked with Cannabis is Netflix’s newest attempt at making cannabis-infused dinner parties exciting to watch.

Dr. Bronner’s, family owned maker of the top-selling natural brand of soap in North America, has announced it now sources its entire supply, approximately 30 metric tons annually,  of USDA Organic hemp seed oil used in its soap and other body care products, from U.S. farmers. A profound and long-sought accomplishment for Dr. Bronner’s, this achievement marks the cumulative success of more than two decades of committed advocacy by the company to legalize hemp farming in the U.S., and to protect the right of U.S. farmers to cultivate this versatile and sustainable crop.

11 June online event: Back by popular demand, you don’t want to miss the second annual cannabis legal issues update. With the medicinal cannabis sector continuing to grow at a rapid rate this is the perfect time to get in on the ground floor so you don’t miss your chance in this growing field of law. Hear about the latest legislative developments including the outcomes of the Senate inquiry into patient access to medicinal cannabis.