Conclusions: Chronic pain, mental health and sleep remain the main clinical conditions for which consumers report using medical cannabis. Despite 2 years of legal availability, most consumers in Australia reported accessing illicit cannabis products, with uncertainty regarding the quality or composition of cannabis products.

“The two major cannabinoids Cannabis Doctors Australia [CDA] prescribed last year was a pretty even split, with THC accounting for 48%, CBD at 42% and the remaining 10% in blends of both cannabinoids. This is to be expected, as the research keeps demonstrating that the most effective medicinal cannabis therapy provides the full spectrum of cannabinoids. This synergistic dynamic between the cannabinoids and terpenes is a widely known theory referred to as the ‘entourage effect’; ultimately, the interaction of the combined plant constituents, when taken together, determine that chemovar’s therapeutic effect.”

$21.6 Million Worth of Cannabis Seized In “Fields of Green”

A New South Wales raid has uncovered one of the largest cannabis crops ever found in Australia.

The ad, which encourages people to vote “yes” in the upcoming cannabis referendum, mentions “medicinal treatment”. Ross Bell, executive director of the Drug Foundation, said the reason they included medicinal cannabis was because the current regime was restrictive and, through legalisation, there will be easier access.

Social equity cannabis licenses in Illinois could be awarded as soon as next month after Gov. J.B. Pritzker (D) suspended moving forward with the licenses in late April indefinitely amid the coronavirus pandemic, according to Block Club Chicago. The report notes that some businesses may have to wait as long as August to receive one of the 75 licenses.

Portland, Oregon officials will no longer use cannabis-derived tax funds for the city’s police budget, the Chicago Tribune reports. Last week Mayor Ted Wheeler announced they city would redirect $12 million from the police department budget toward communities of color – at least $2 million of which comes from cannabis taxes and fees.

A different sea of green will greet Canadian farm fields this year as licensed producers begin planting their cannabis outdoors, a move that could exacerbate an existing glut in the market and potentially cause further industry writedowns.

Cannabis sales have now reached a total of $7.79 billion in the 6 years since legalization.

Colorado lawmakers passed a bill on Monday that would allow the governor to issue pardons for low-level marijuana convictions without input from the judges and prosecutors involved in the original court cases. The measure, House Bill 1424, now heads to the office of Democratic Gov. Jared Polis for his signature.

On the heels of a report that found that Denver’s cannabis industry is predominantly white, a working group expands its discussion about how to create an equitable industry.

Booker said that in 2017, “there were more marijuana possession arrests than all the violent crime arrests in America combined. And again, they’re arresting people of color.”

Mounting evidence from leading medical research institutions such as Johns Hopkins, UCLA, and NYU tell us that plant medicines are uniquely effective in treating depression, trauma and addiction, and end-of-life anxiety. These potentially life-saving medicines are currently illegal. Canada, it’s time to decriminalize.

A group of hemp growers and processors in New York is calling on the state Department of Health to release regulations so that hemp and CBD businesses can make business decisions.

Trinidad and Tobago: The Good, the Bad, and the Confusing From the First Six Months of Cannabis Decriminalization

Arrests are down, illicit crops are up, and everyone awaits further legislation.

Support. Don’t Punish: Challenging the war on drugs in the Philippines

An unflinching, verité-style exposé, The Nightcrawlers follows a determined group of photojournalists on their mission to chronicle the deadly battle being waged against the Philippines’ drug epidemic — and the tragic cost of this brutal crusade.

Netherlands to open applications for cannabis grow experiment next month

The Dutch government will start accepting applications in July from potential cultivators for its adult-use cannabis experiment. From July 1 until July 28, companies will be able to apply to grow adult-use marijuana for supply to coffee shops in 10 municipalities around the country.

Cannabis growing facilities up for sale across B.C.

Large cannabis growing facilities are up for sale in communities across the province as the industry comes to grips with slower-than-expected sales of government-sanctioned cannabis products.

Canada exported record amount of dried cannabis in 2019, but mostly to one market

Germany was the main destination for Canada’s dried cannabis. Just over 94% of the 3,740.232 kilograms of dried product exported from Canada last year went to Germany.

The Dutch government agency responsible for exporting medical cannabis sent an email Thursday to its German customers informing of a delay of up to six weeks in the next shipment of medical cannabis.

What are Flavonoids? From Cannabis and Beyond

Cannabis has a number of medicinal, therapeutic, and recreational uses, and though some of the compounds found within the plant are gaining increasing attention, there are still some that are not widely understood. An example of this is a group known as Flavonoids, which are present in cannabis as well as all other plants in the world! So, what are flavonoids?

What To Know About CBD And Eczema

Although there’s a lack of scientific research on CBD due to the compound’s strange legal standing, many experts are hopeful in the effect it could have on eczema.

The Endocannabinoid System Explained – Why Cannabis Is Good for Our Bodies

Cannabis has been pinned as a treatment option for many different disorders lately, many of them seeming completely unrelated. Everything from physical pain to mental disorders and even cancer are said to respond to cannabinoid treatments, but how exactly is that possible?

People suffering from post-traumatic distress disorder report that cannabis reduces the severity of their symptoms by more than half, at least in the short term, according to a recent study led by Carrie Cuttler, a Washington State University assistant professor of psychology.

According to these experts, the War on Drugs has contributed to making police more violent 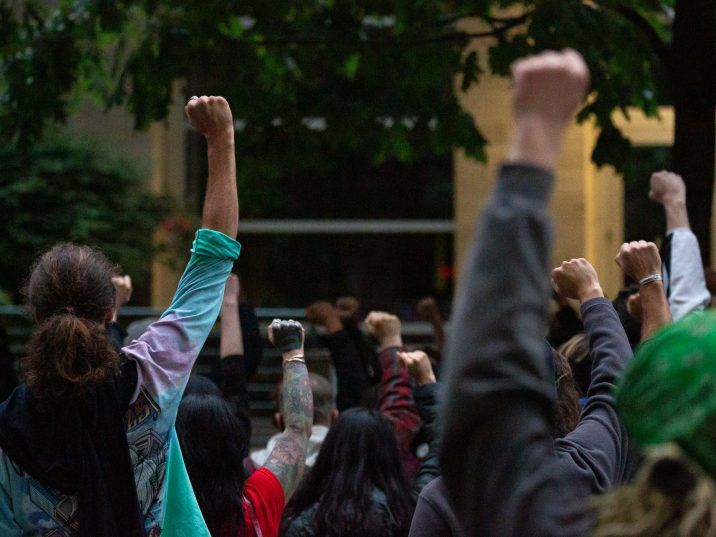 How the War on Drugs Enables Police Brutality Against Black People

The authorities have used drugs as a pretext and justification for ultra-violence against Black people for over a century.

Racism and Policing Are Global Problems. Drug Control is a Vehicle.

The war on drugs has provided the architecture within which racist policing practices and mass incarceration can operate – in the US, but also around the world. As TalkingDrugs has extensively reported, anti-Blackness, systemic racism and racist policing are global problems. They work together to actively disadvantage the poorest in society, visible clearly in the design and implementation of drug laws around the world.

Criminalization that never should have been: Cannabis

In short, the prohibition and criminalization of cannabis were, and still is, a racially motivated public policy response to personal behavior that is, at worst, a public health matter. But this should have never been a pretext for expanding police powers to search, incarcerate and arrest millions of American citizens.

How Police Unions Became Such Powerful Opponents to Reform Efforts

Over the past five years, as demands for reform have mounted in the aftermath of police violence in cities like Ferguson, Baltimore and now Minneapolis, police unions have emerged as one of the most significant roadblocks to change.

How We Got Here: A 10-Year Look Back at Cannabis Reform in USA

This special three-part series reflects on legislative, financial and regulatory developments that have altered state-legal cannabis programs during the past decade.

Say My Name: On Speaking the Indigenous Names of Plants

Banda, Yarra, Gulgadya, Wargaldarra. These are some of the names the First Nations people of the Sydney area gave to the plants behind my house. Within these words is a world, a way of seeing vastly different to the one I’ve inherited. A way that has grown from the land itself.

Science Reveals The Cannabis Industry’s Greatest Lie: You’re Buying Weed Wrong (And So Is Everyone Else)

THC shopping is almost as bad and dumb as buying wine based on how cool the label looks (which is also how some people buy weed). Not only does THC content have nothing to do with how “good” the weed is, as recent research conducted by the University of Colorado and published in JAMA Psychiatry found, THC content is also a poor indicator of potency. High-THC weed doesn’t even get you “more high”!

What is behind the impressive market growth of CBD?

Of the two components, THC creates the euphoric effects that marijuana is famous for and for which it has been classified as a narcotic in the past while CBD on the other hand has many medicinal benefits without the psychedelic side effects. In fact, this may be the main reason behind the impressive growth of CBD in recent years.

Cannabis Sales Continue to Soar Through The Pandemic

Every day, people across the United States demonstrate how legal cannabis could save the nation’s economy from the virus-caused downtown. They do so by buying record amounts of weed. Almost all legal cannabis states made medical and adult-use dispensaries essential businesses that could stay open as lockdowns began. The lone exception, Massachusetts, has since changed course.

Europe’s dominant hemp industry association unveiled plans this week to form an international hemp association that could advocate for the industry before global authorities such as the World Health Organization and United Nations.

VIRTUAL MARDIGRASS….1-3 May 2020….Talks and other highlights will be on YouTube soon!