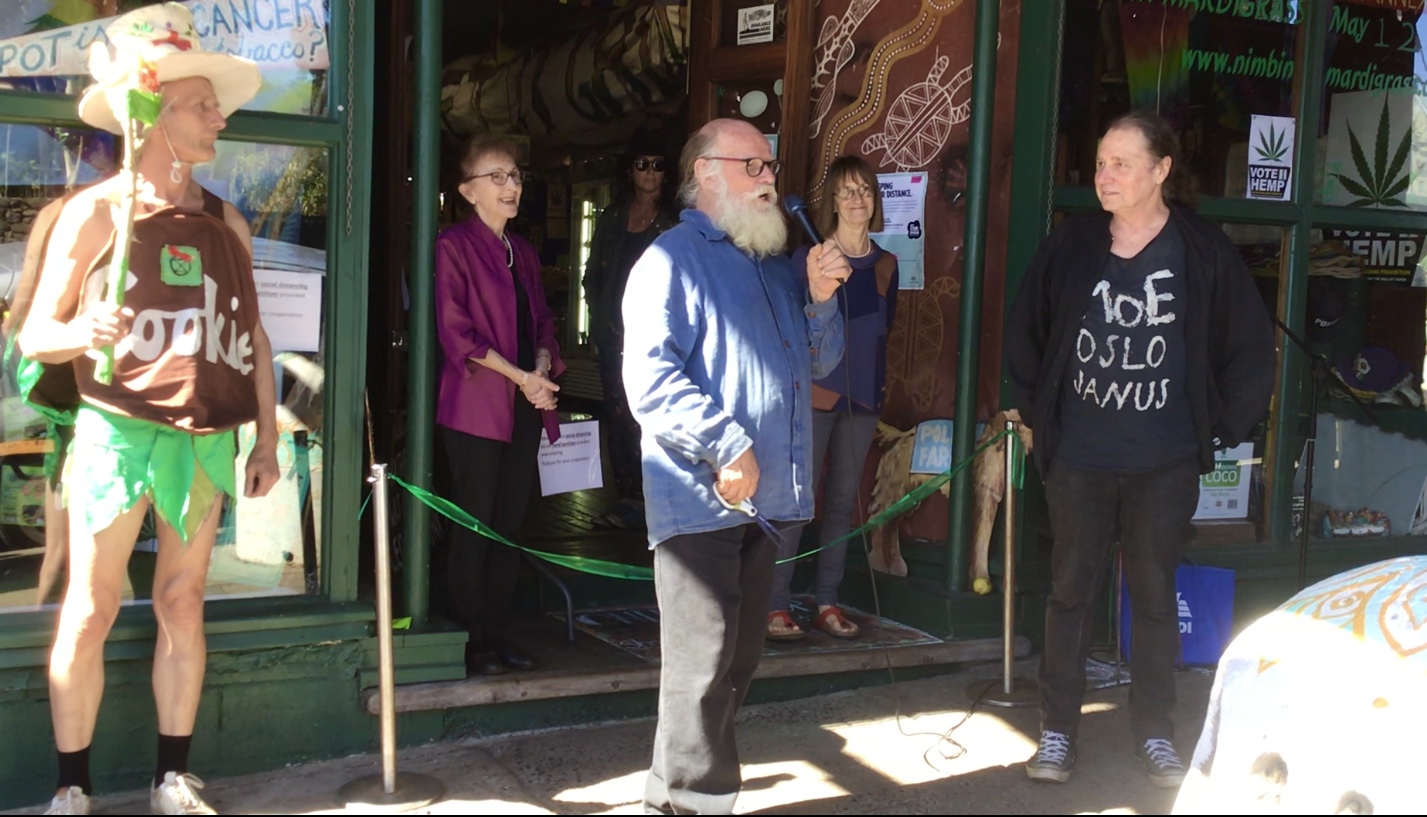 HEMP Embassy president Michael Balderstone says it was a group effort during the lockdown but is particularly grateful to Nimbin resident Dr Geoff Lynne who took on the job of setting up the shop online.

“Geoff moved to Nimbin with his family twenty years ago and like many in this extraordinary community brought considerable skills with him. With his wife Helen they ran an IT Corporate consulting business in Sydney for years”, said Michael. 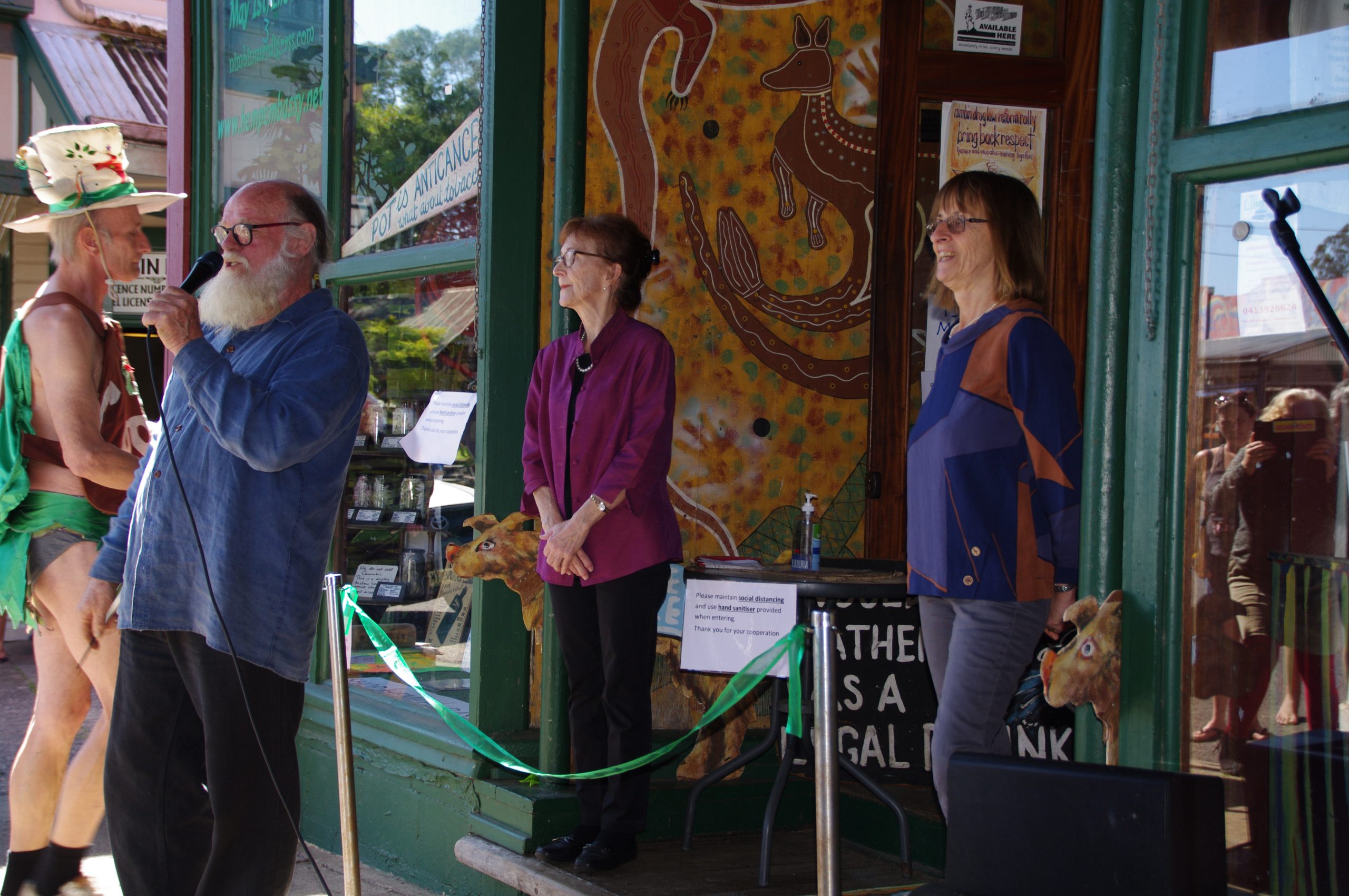 The online store was officially launched by our Lismore MLA, Janelle Saffin, on Friday August 14 in a small opening ceremony at the Nimbin shop. Janelle has had a long association with Nimbin and was pleased to be opening a new small business venture in these difficult times.

“Janelle has always been unafraid of Nimbin, unlike some other pollies who appear to give us a wide berth, and we appreciate her cutting the ribbon for us on August 14,” says Michael. 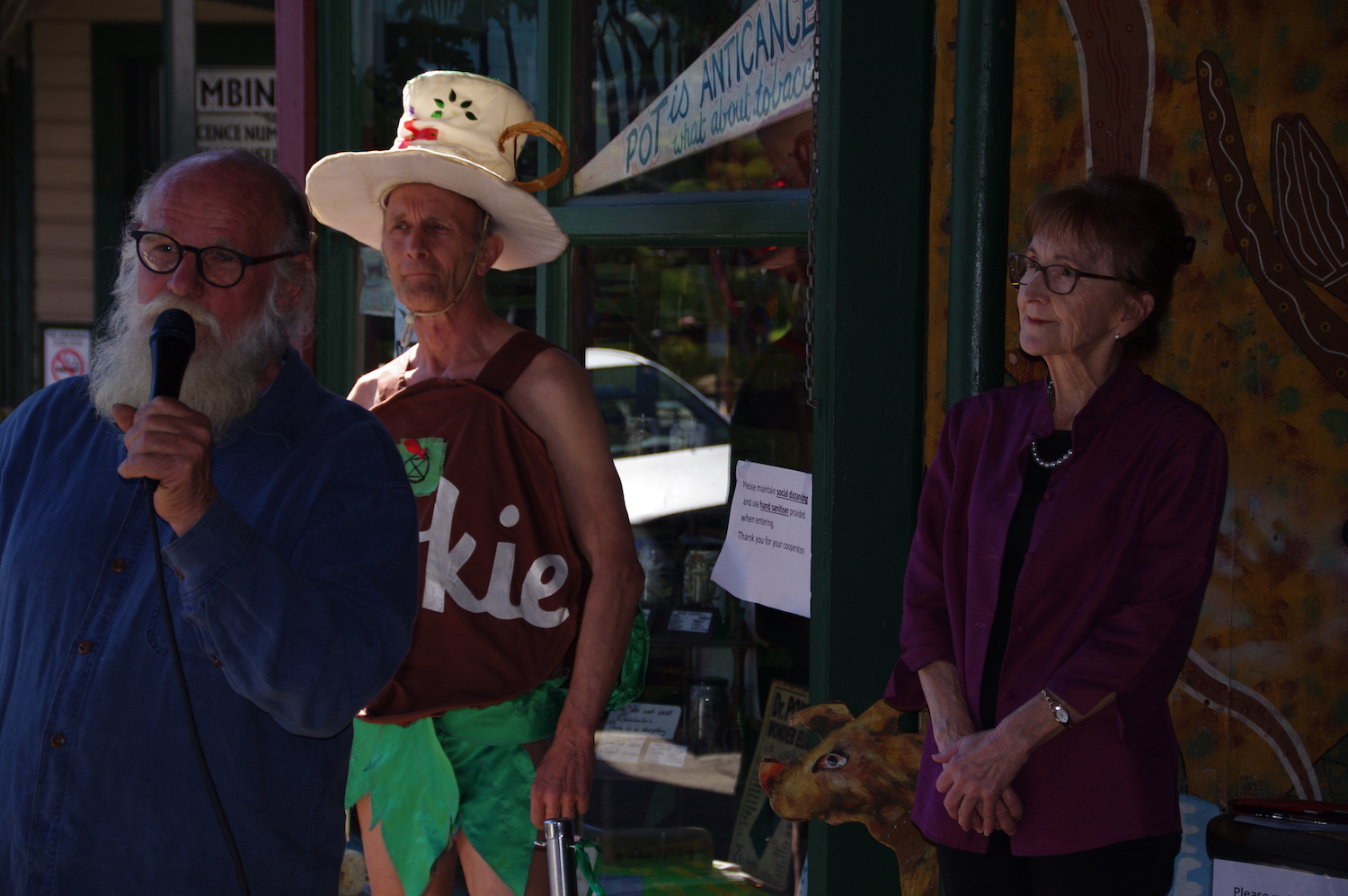 After the opening Janelle and Michael sat down for a live streamed session where they discussed some difficult issues like saliva testing drivers for cannabis, ACT pot legislation, why medical CBD is so expensive and hard to get, and the upcoming NZ referendum on legalising cannabis.

Just type in shop.hempembassy.net and check it out for yourself.