There’s still time to book a ticket so don’t MISS OUT. Legalise Cannabis QLD (LCQ) Party OFFICIAL LAUNCH.
Saturday, 10 October, 10:00 am-12:00 pm AEST at Drum Dining (Bar & Restaurant) 12 Longland St, Newstead (Brisbane) Q 4006
Tickets available at https://legalisecannabisqld.org.au/event/lcq-party-launch/
An event on the political calendar that is not to be missed – the birth of a true ‘People’s Party’!

Mark Zuckerberg Donates $500K To Decriminalize All Drugs In Oregon

Measure 110 would reduce all drug possession arrests to misdemeanors and cause all drug convictions to drop by 91%.

The ACT had the highest increase in cannabis seizures, at 126%. Despite this, the ACT only arrested 188 people. They lost to Queensland, who arrested 21,780 people.

In September, more than 6,000 patients were approved for medical marijuana treatment through the country’s Special Access Scheme (SAS) Category B pathway.

A 20,000kg per annum medicinal cannabis facility, featuring a huge glasshouse, will begin operating in the Lismore region within weeks, bringing with it much needed jobs.

“It just doesn’t make any sense to be taking people off the road, who are not ill-affected by whatever substance they’re consuming,” Mr Heilpern told Sydney Criminal Lawyers back in June. And he added that in terms of these laws, there has been “no associated reduction in the road toll”.

NSW Labor MP Rose Jackson spoke in parliament on September 23rd, describing legalising the drug as an “economically sensible” move for Australia. In 2020, Australia’s medical cannabis industry will be worth $95 million.

The costs of applying for a cannabis license will change starting November 1st this year, providing relief for researchers studying cannabis Australia-wide.

Medical cannabis suppliers in New Zealand have been given an extension on new product-assessment rules that were set to take effect this month.

Jacinda Ardern Admits Past Cannabis Use. New Zealanders Shrug: ‘Us, Too.’

As a former marijuana smoker, the prime minister has plenty of company in New Zealand.

Drug Science is teaming up with the New Zealand Drug Foundation to bring some evidence to this debate. Speakers include: Helen Clark – Former Prime Minister of New Zealand, and Professor David Nutt – Neuropsychopharmacologist

New Zealanders face a significant decision this election: should recreational cannabis be legalised?

Legalising cannabis in Aotearoa New Zealand: What does the evidence say?

To help people decide how they will vote in the upcoming referendum, we have summarised what we know about the possible impacts of legalising cannabis.

Hemp comes in from the cold: Once-banned crop catching on with farmers

More and more New Zealand farmers are planting a crop that they were banned from growing for eight decades or so.

On Sunday, Aldridge was helping lobby group Health Not Handcuffs deliver pamphlets to Hamilton homes, from the New Zealand Drug Foundation, which supported regulations to minimise the social and health harms of cannabis.

While there is an intent to enable access to quality-controlled medicines via the SAS-B and Authorised Prescriber schemes, the current framework remains a work in progress. It is arguably still short of meeting community expectations around access for patients. A recent Australian Senate Inquiry has offered numerous recommendations for improving patient access to products, as well as identifying strategies to improve the education of doctors.

Australia’s latest 2020-21 budget has prioritised growth in the medical cannabis industry, according to a document released by the Department of Health.

We launched the first wave of this survey back in 2012 (the ICCQ 1.0) as we felt the general public typically had a very unrealistic view of people who grow Cannabis. Thanks to the contribution of over 6,500 growers around the world, our researchers were able to publish more than 18 scientific papers which have helped challenge stereotypes of Cannabis growers. We’re back in 2020 with an even better survey (the ICCQ 2.0), available in more countries and languages, and better tailored to what’s happening around the world now. Please help us continue to set the record straight by taking part. If you have any questions about the research, you can ask them here: https://worldwideweed.nl/contact-us/ 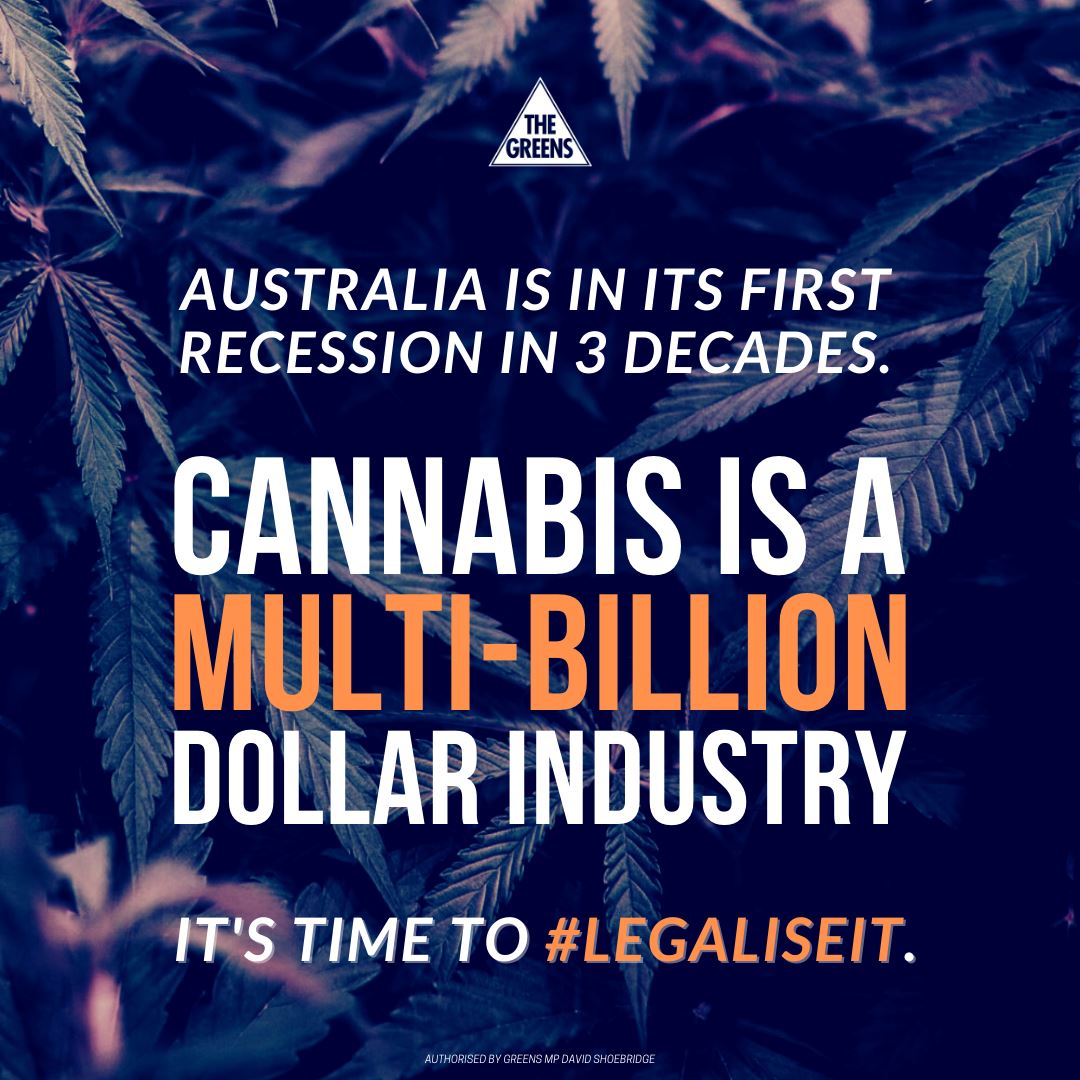 Canadian student-athletes who are connoisseurs of cannabis now have a reason to celebrate. They will no longer be ousted from sports teams for its consumption.

The cannabis-infused chocolates were processed by Canton-based Mother Grows Best and sold in eight dispensaries across the state.

‘No more tears left:’ How wildfires are ravaging the West Coast cannabis industry 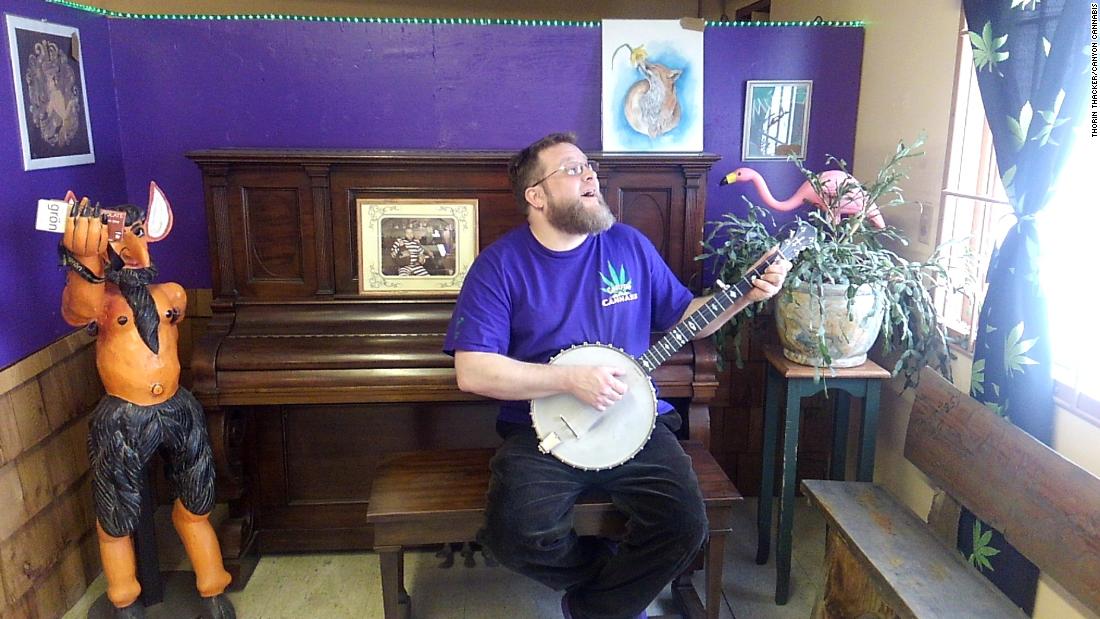 Thorin Thacker, owner of Canyon Cannabis, sings and picks at a banjo on April 11, 2018, at the Gates, Oregon, dispensary. Canyon Cannabis was destroyed by the Beachie Creek Fire on Sept. 8, 2020.

Legal cannabis sales continue to break records in Illinois with a total of more than $99 million in sales of both recreational and medical marijuana products sold in September, according to state regulators.

The Office of Medical Cannabis will score processor and dispensary applications next, with the goal of launching sales in the spring.

Researchers from Oregon State University are replacing alfalfa with different amounts of hemp biomass on five groups of sheep for the test trial.

Now THAT’S what I call #organicfarming

The news sheds light on the final destination of large exports quietly shipped from Uruguay to Portugal at the end of 2019 and earlier this year, as first reported by Marijuana Business Daily. The shipments’ final destinations were unknown at the time. 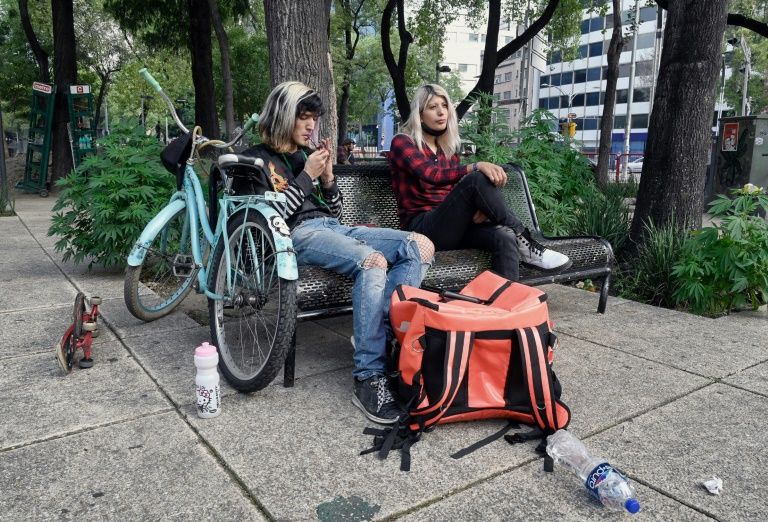 The subsidy program will ease costs for Israeli medical patients and ramp up domestic production.

Costa Rican lawmakers have put forward a draft law to legalize the cultivation, production and sale of industrial hemp and medicinal marijuana.

Most Of The $1.5 Billion Spent on Cannabis Research Went To Studies Telling People How Bad It Is For Them

Most of us like to believe that scientific inquiry is governed by a spirit of curiosity and neutrality, investigating the subject of study from every possible angle. Unfortunately, when it comes to cannabis research in the United States, the approach has been largely one-sided.

CBD Oil for Asthma: Can It Help & How to Use

CBD has a bronchodilatory effect, which can help reduce muscle spasms and relax the lungs. Taking full-spectrum CBD oil may both improve lung function and make breathing easier.

Dr Sunil Arora talks to BusinessCann about his journey from cannabis sceptic to cannabis prescriber.

Why Trump doesn’t want cannabis on the ballot

We’re now more than 2 million weed arrests into Trump’s presidency, and he hasn’t said one word about legalization.

The Cannasexuals are Coming: Can Cannabis Change the Game in the Bedroom?

A cannasexual is anyone who mindfully and deliberately combines sex and cannabis to deepen intimacy and enhance pleasure.

How Alice B. Toklas became the accidental godmother of edibles.

Cannabis as entheogen: survey and interview data on the spiritual use of cannabis

While cannabis has a long history of spiritual use, its normalization in Western societies during the last decades has led to more recreational use. This study aimed to explore the characteristics of spiritual cannabis use as compared to recreational use and to the use of psychedelics such as LSD and psilocybin.

Why I feel guilty shopping at the dispensary

America’s progress as a nation will be measured by equity. To help the Black community gain a voice in cannabis, we need participation at every level of the cannabis industry.

Cannabis Cosmetics: What’s Allowed, What’s Not, and Where to Find Them

When looking at regulation for something like cannabis in cosmetics, there are two main factors to consider: 1) the THC content, since nearly all cannabis cosmetics will be focused around CBD, and 2) which part of the plant is used for the raw materials, as some countries have different stipulations here.

Sven Glass: Blown For the Soul, From the Soul

The Oregon artist behind Sven Glass pours emotion into his process to achieve a stunning end result.

Meet the New Curaleaf, the Largest Cannabis Company in the World, Following the Acquisition of Grassroots Cannabis

After its acquisition of Grassroots Cannabis, Curaleaf is now positioned in 23 U.S. states.

Drug Science is teaming up with the New Zealand Drug Foundation to bring some evidence to this debate. Speakers include: Helen Clark – Former Prime Minister of New Zealand, and Professor David Nutt – Neuropsychopharmacologist 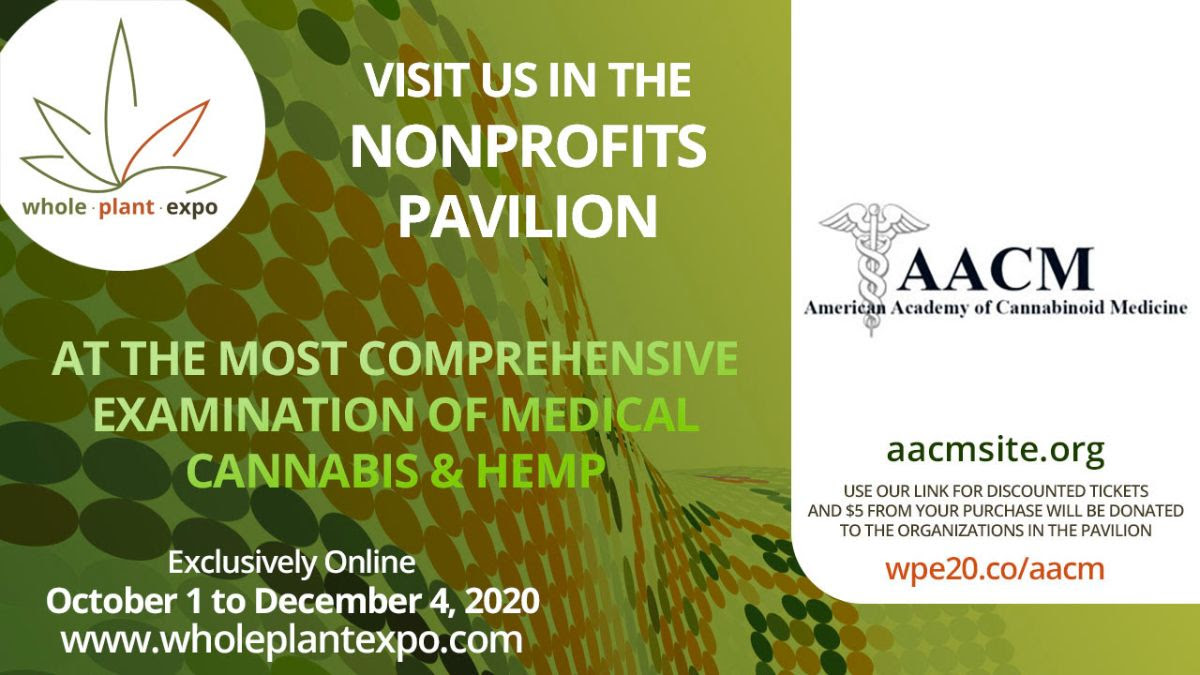 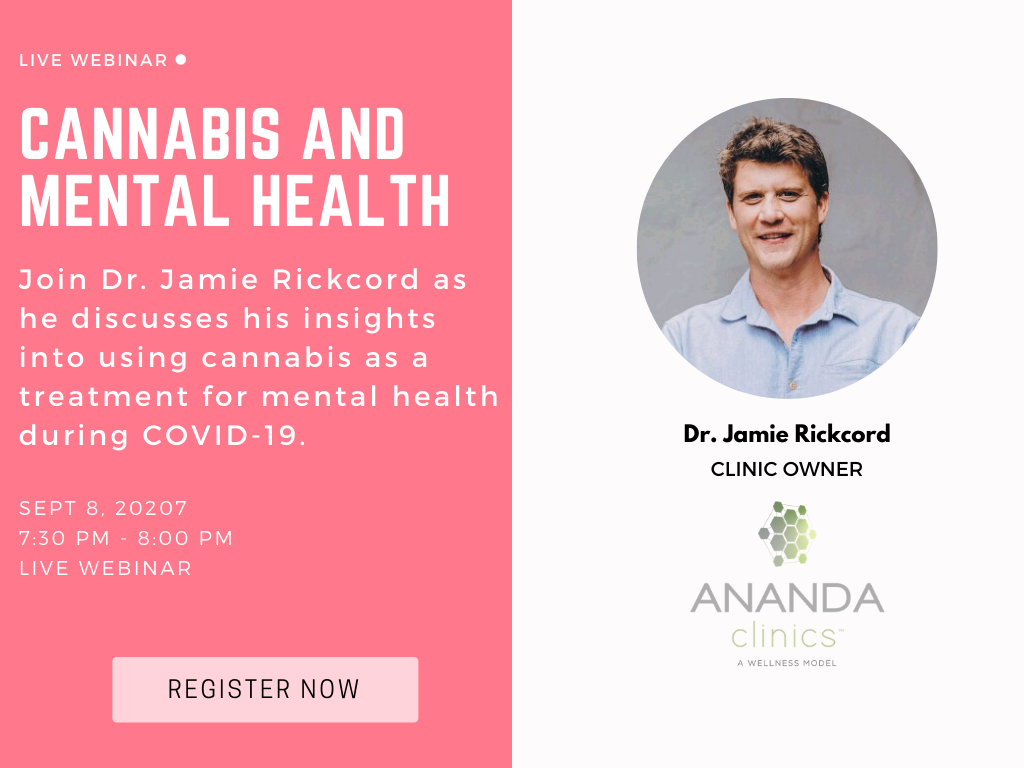 Thursday, 8 October 2020 7:30 pm AEDT: Join Dr. Jamie Rickcord as he discusses his insights into using cannabis as a treatment for mental health during COVID-19. 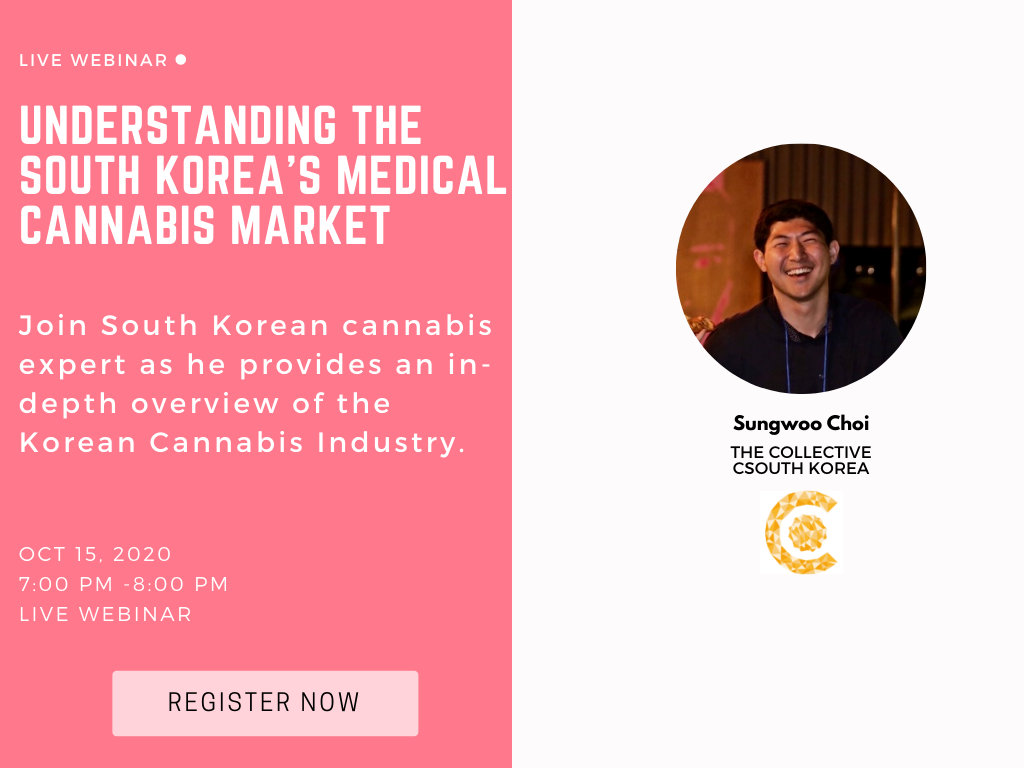 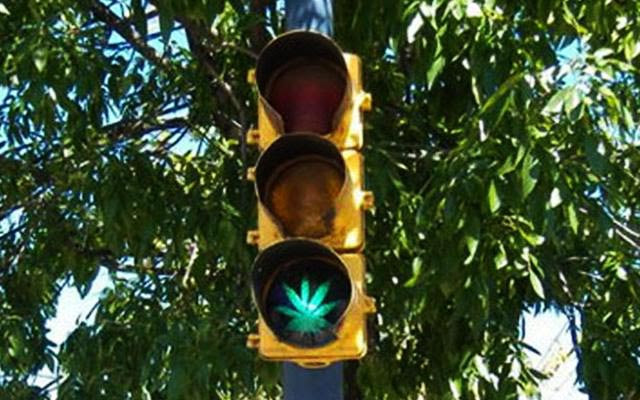 Wed Oct 21, 2020 07:00 PM in Canberra, Melbourne, Sydney: Australia has 6 different states and 6 different drug driving laws. Patients are being asked to not drive even though they may not be impaired. Our panel of experts examines the inconsistencies around Australian cannabis driving regulations.