LEGALISE CANNABIS: The Party of Picked On Patients

LEGALISE CANNABIS IS A PARTY OF PATIENTS BEING PICKED ON

The Legalise Party NSW Senate campaign launch will officially happen in Lismore outside Kevin Hogans flooded office in Molesworth Street at 11am next Monday May 9, the day pre polling begins.
The Legalise Cannabis Party is running Senate candidates in every state and territory in the May 21 election, hoping voters will send a message to whichever government wins, that legalising their medicine is a top priority for them.
“I’m not sure if people realise daily cannabis users always have a good reason for their habit”, says president and NSW senate candidate Michael Balderstone. “Our candidates nearly all have conditions which cannabis has helped enormously with, the same as our keen supporters.”
“Many of us have been busted for driving with minute traces of cannabis in our saliva which results in an automatic loss of your driving licence for 3 months in NSW now.  It’s a nightmare for people who depend on daily cannabis use to keep their life relatively pain free.”
Donald not his real name has tested positive to cannabis in his system 7 times and lost his licence 6 times since 2010.
“The first time I passed the primary and then secondary test, and I was allowed to drive off, yet the lab detected THC so I lost my licence for 6 months and I lived in a regional location making it difficult to get the basics.
In 2016 I tested positive again and a part of that goes to trial later this year for how I was treated. I got a section 10 yet what happened to me is a life sentence.
In 2018 I tested positive again and this time I decided to argue that it was a section 32 as without it my CPTSD was out of control. I was also needing to see a specialist as I was showing symptoms of MND and I came across a very understanding Judge Heilpern who entertained my argument and was very compassionate about my circumstances and gave me time to attend my specialist.
In 2020 I tested positive this time at Goolmangar hall, which is about 10kms out of Lismore, and it then dawned on me that if you didn’t have anyone to come and pick you up and had a pet or children in the car, they were basically left on the side of the road for 24hrs. My dog was left in the back of the ute and would have likely died except a friend went past and recognised and saved her.
I then tested positive again in 2021 twice and am currently suspended.
The other time I got busted I was coming back from Nimbin after getting flower for my back pain and I tested positive once again. The officer asked me to get out of the car but then saw for himself how crippled I was. I explained to him I would rather use cannabis than my prescribed opioid medications as they really knock me around to the point I cannot drive safely. He let me off bless his soul.
I am on the disability pension for spinal injuries and I qualify for medical cannabis yet being on the disability pension means I can not afford it so I have to self medicate. I wish I could grow my own for myself and for others as a business.
I consider these laws to be nothing more than tyranny and based off the original definition these laws are an act of terrorism.”
The Legalise Party NSW Senate campaign launch will officially happen in Lismore outside Kevin Hogans flooded office in Molesworth Street at 11am next Monday May 9, the day pre polling begins.
Please join the Facebook group. Volunteers 2022 Legalise Cannabis Australia | Facebook

Any donations are greatly needed and appreciated and enable us to run more candidates…legalise.org.au

“The war on drugs seems to be all about who gets to profit from our pain relief, a truly sick business.”

Click here to receive our weekly email the HEMP HEADLINES, keeping you in touch with local and global news in the world of cannabis. 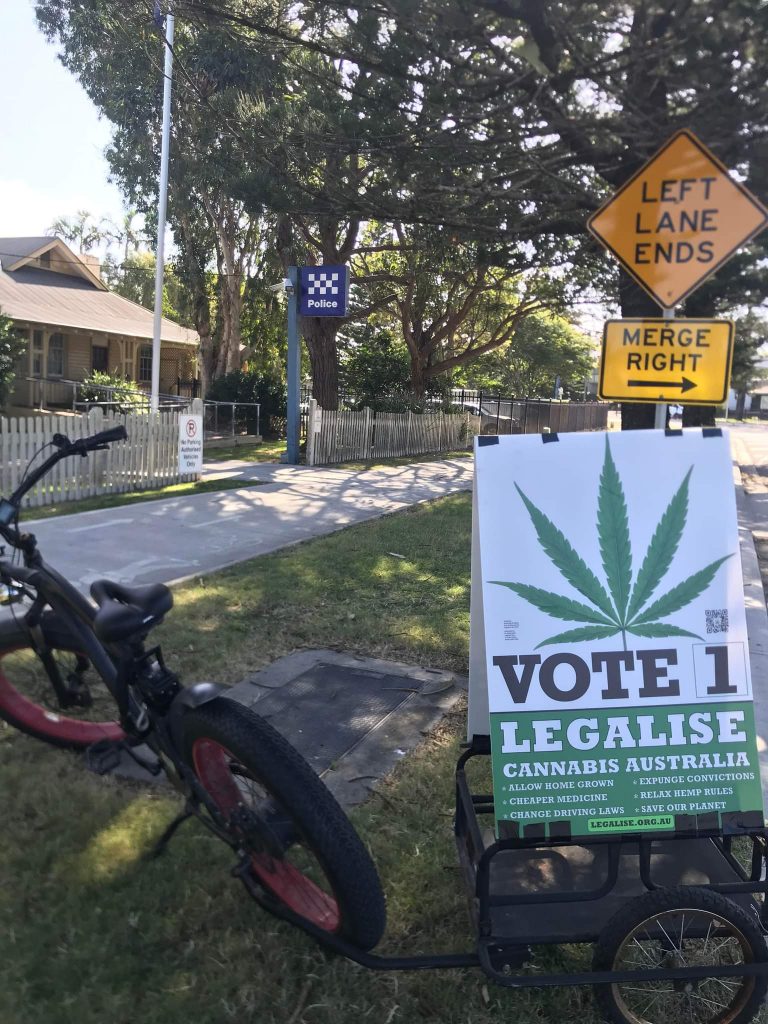 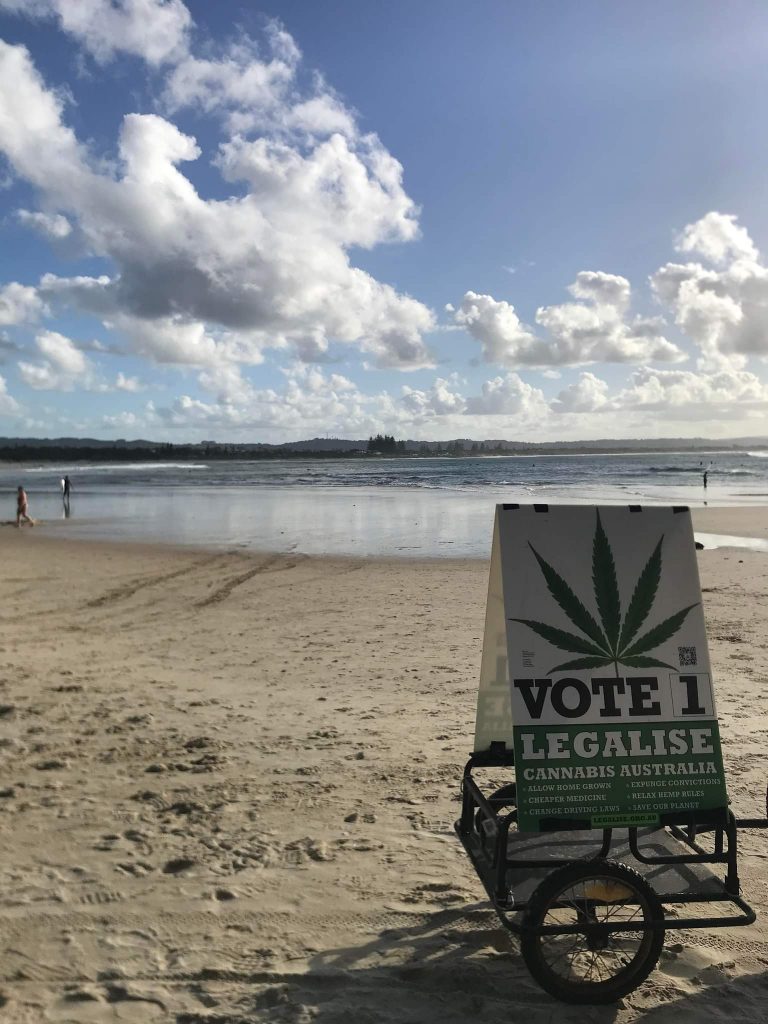