Victorian MP and leader of the Reason Party, Fiona Patten, has welcomed the release of her memoir – Sex, Drugs and The Electoral Roll.

The book, published by Allen and Unwin and released tomorrow, contrasts her life as a lobbyist for Australia’s sex industry over two decades, with her life as a politician in Victoria’s upper house.

“I’ve tried to write an honest account of what it’s like for someone to come from a very un-parliamentary background, into a balance of power position in an Australian Parliament”, she said. “There are many similarities between my old career and my new one – although you are much more likely to be screwed in politics these days than in the sex industry. Machine politics, revenge and religion have turned politics toxic even in the last couple of years”.

Subtitled, ‘My unlikely journey from sex worker to Member of Parliament’ Patten describes her early family influences including the parallels between her life and those of her great aunt, the celebrated Australian suffragette, Jessie Street.

She documents her arraignment on contempt of parliament charges, being raped as a teenager and being slut-shamed on her first day in parliament. She also reveals her job satisfaction in working as a sex worker and then a lobbyist for the sex industry and how she interacted and worked with senior party officials to keep X rated films legal.

Patten also devotes a chapter to sex and disability and her friendship with a young women with cerebral palsy.

As is her open marriage of 25 years and her last four highly successful years in the Victorian Upper House where, as a cross bencher, she has initiated four major Bills that have all passed into law. 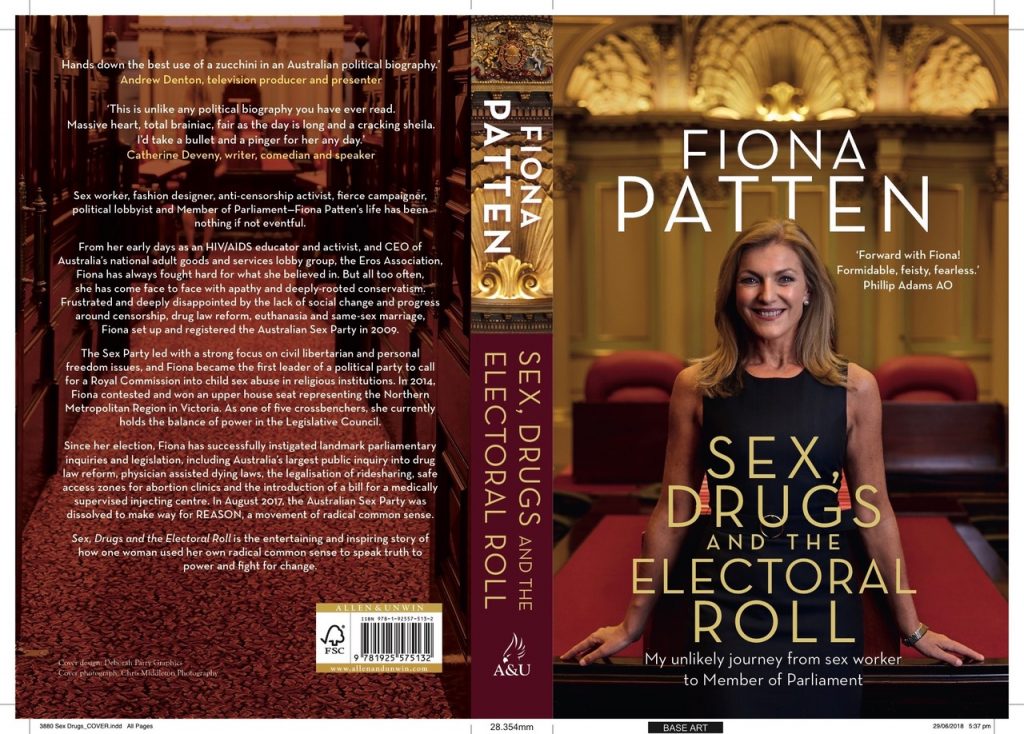