Authorities have only granted 3,200 approvals for the legal use of the medicine in two-and-a-half decades, but with 2,500 of those coming last year, the sector is forecasting a year of big growth.

Australia is building its’ own field of green. Increasing public support for legalisation, strong ties to the expanding Asian market, and its’ decades of experience as a large-scale agricultural exporter will ensure that the country’s ascension to cannabis-producing powerhouse is almost inevitable.

A new Auckland advertisement tips medicinal cannabis sales to be the next hot thing and has urged mum and dad investors to put their money behind the product. Greenfern Medicinal Marijuana today put up billboards across Auckland, Tauranga, Hamilton and Christchurch, likening the future sale of medicinal cannabis to striking gold or oil. “We’ve struck oil in Taranaki. Want to invest?”, the billboards read. 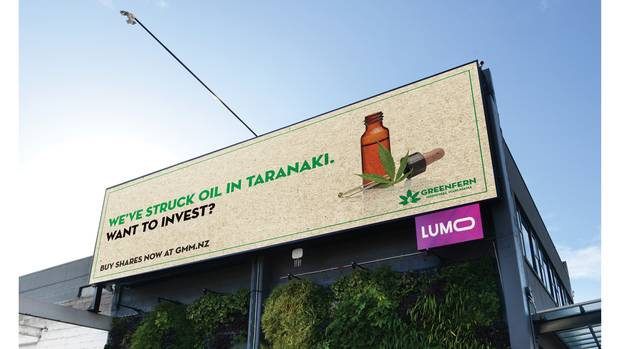 The 2020 referendum to legalise cannabis looks likely to propose a tightly regulated framework, including strict rules on supply and possession, an age limit of at least 18, and a non-profit model where money from sales may be funnelled into health services.

William Barr, President Trump’s nominee to serve as the next U.S. attorney general, made headlines earlier this month when he pledged during his Senate confirmation hearing not to “go after” marijuana companies that comply with state laws. Now, in response to written questions from senators, Barr is putting that pledge on paper, in black and white. He’s also calling for the approval of more legal growers of marijuana for research, and is acknowledging that a recent bill legalizing hemp has broad implications for sale of cannabis products.

Interestingly, all over the U.S. people are starting to try – and in many cases, succeed – to buy their cannabis online. In fact, according to a recent study posted in the American Journal of Preventive Medicine, the number of people who look to buy their marijuana from online retailers has risen by 300 percent from 2005 to 2017.

In a landmark case involving licensed Colorado marijuana retailers, the owners of the shuttered Sweat Leaf dispensary chain each were sentenced to one year in prison Friday for their role in selling large quantities of pot to the same customers in the same day.

“We need to get serious about prioritizing what actually makes us safe, and no one who is serious about public safety can honestly say that spending resources to jail people for marijuana use is a smart way to use our limited time and money,” Baltimore State’s Attorney Marilyn Mosby said in a press release.

California lawmakers announced a bill that would temporarily reduce or eliminate two cannabis taxes in an effort to help fertilize a newly legal industry that they say is having trouble competing with black market operators. The bill would reduce the state’s 15 percent cannabis excise tax to 11 percent and eliminate a cultivation tax a that growers pay for three years.

The Russian Health Ministry has drafted a bill authorizing the importation of cannabis for the purpose of studying the drug’s “addiction-causing capacities.”

Thailand’s military government on Monday suspended the licensing of commercial marijuana-based products for medical use amid concern that foreign pharmaceutical companies might try to monopolize the market.

Germany is looking for its first-ever (legal) pot growers [Bloomberg]

The government is moving to assure a local supply of the drug by giving out grower contracts for 10,400 kilograms (22,928 pounds) of pot over the next four years. The Federal Institute for Drugs and Medical Devices’s so-called Cannabis Agency will choose between 79 bidders from growers by the end of June, the agency said on Monday.

The lower house of the Philippines Congress has approved a bill to legalise medical cannabis consumption and production, which has the support of hard-line President Rodrigo Duterte.

Former Trump campaign official George Papadopoulos, who pled guilty to making false statements to the FBI, joined the advisory board of C3 International, a cannabis company.

In an industry with a long history of sexual harassment, workers getting paid with drugs, and other rough conditions, unions see opportunity.

​The Next GW Pharmaceuticals May be Emerging [Equities]

Fibromyalgia is one of the most common chronic pain conditions. Every year it affects around 10 million people and about 75% of those are women. According to the National Fibromyalgia Association, by age 80% approximately 8% of all adults qualify as having the condition. Tetra-Bio-Pharma Inc. is far and away the most advanced company in studying the effects of smokable cannabis on fibromyalgia. This morning the company filed for a patent related to its cannabinoid-based drug, PPP001.

The stock symbol POT is up for grabs on Canadian exchanges, and demand is so high that a lottery is being held for the first time ever to determine who gets it. POT, previously the ticker for Potash Corp. of Saskatchewan before it merged with Agrium to form Nutrien, becomes available for use Friday. Not surprisingly, the cannabis-themed symbol has attracted “significant interest,” according to a staff notice published by the Toronto Stock Exchange.

Patients diagnosed with advanced stages of cancer who use cannabis during chemotherapy experience greater improvements in treatment-related symptoms, according to the findings of a new study published in the journal Anti-Cancer Drugs.

UC Berkeley’s new Cannabis Research Center, announced today by a multidisciplinary team of faculty, will explore how cannabis production impacts the environment and society, and how these impacts will evolve under new regulations set in place by legalization.

A team of Australian researchers recruited 36 individuals, some of whom were regular users and others who consumed infrequently, and administered vaporized marijuana in various doses to learn how different concentrations of the two ingredients affected the participants.

Cannabis cookies given to boy, 4, for temper tantrums [BBC]

A California doctor is fighting for his licence after he prescribed cannabis cookies to a four-year-old boy.

Smoked cannabis as an adjunctive second-line therapy to treat chronic peripheral neuropathy can be both effective and cost-effective. The results of a new study simulating its use in one million patients are published in Cannabis and Cannabinoid Research, a peer-reviewed journal from Mary Ann Liebert, Inc., publishers.

The most amazing thing about the progress in cannabis medicine is that most of it is being made by individuals. People are experimenting on themselves to find relief, create products, and discover remedies for a variety of illnesses and diseases. It’s 2019, we can go to the moon, we can create artificial intelligence, but we are still in the dark about the many miracles of medical cannabis. 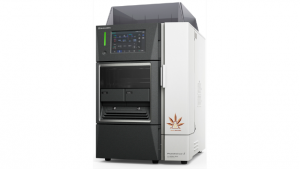 A Little Weed may Change the Teenage Brain [Analytical Cannabis]

Teenagers who report using recreational marijuana just once or twice display increased volume of numerous brain regions, according to a study of 14-year-olds from Ireland, England, France, and Germany. The research, published in JNeurosci, warrants further study of low-level cannabis use among adolescents amid changing societal attitudes toward the drug.

After six weeks, researchers found that patients using an oromucosal spray containing delta-9-tetrahydrocannabinol and cannabidiol had improved spasticity compared with the placebo group, in which patients found their spasticity deteriorated.

Future Weed: Formulations, Patents and Where Cannabis Is Going Next [Rolling Stone]

I’m ‘coming out’ about drugs: it’s time get real about pill testing [The Sydney Morning Herald]

As lawmakers we won’t save lives by sticking our heads in the sand. We won’t save lives by telling the public things that don’t ring true with their own and others experience. It’s beyond time for an honest discussion about drugs if we are to keep young people safe who choose to take them. I know from experience just how many of them will.