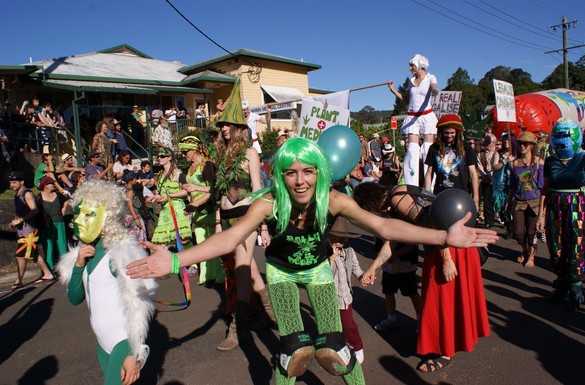 Nimbin is home of the Cannabis law reform protest and the gathering we call MardiGrass. This is the 29th year in a row that we’ve rallied to change these ugly, ridiculous, and extremely damaging and hurtful laws. Why should we be treated as criminals for using a plant that our ancestors have loved as a medicine for thousands of years? How can a plant be illegal? As though it was a mistake made during Creation.