From 2021, if a driver is stopped they can be asked to do an oral swab. If they test positive they will be stopped from driving for 12 hours. If they then also fail the existing touch-your-nose impairment test they can be prosecuted, just like now. But the threshold for any evidential blood sample will be set at a level of impairment equating to the alcohol limit – which is a huge improvement on the current permissible level of zero, and what we advocated for.

Drug driving laws so ‘grossly unfair’ I can’t apply them, says magistrate after a tenure affected by trauma and threats

“I just thought the laws were so grossly unfair that I didn’t feel that I could continue to apply them,” Mr Heilpern says.

In total, the survey was conducted on 1,388 Australians. Of this group, researchers found that just 2.7% of participants were accessing cannabis legally. The remainder sourced it from dealers, friends, and family or by growing it themselves.

Australia Might Be The World’s Fastest Growing Medicinal Cannabis Market

Get ready for a pot party, as Australia might be the next cannabis growth capital of the world. At least, that’s according to Canadian company, Compass Cannabis.

The TGA has written to a number of entities in relation to non-compliance with the law with instruction to cease unlawful behaviour. The majority of respondents have brought themselves into compliance. For those that have not, we are considering appropriate action.

Our soldiers and others with PTSD deserve our help, please sign this petition to show your support.

How Australians use medical cannabis since legislation: new survey

Australia has amended pertinent laws in an effort to put its medical marijuana and hemp exporters in a position to “come out firing” after the COVID-19 crisis eases, the country’s agriculture minister said. The Export Control Legislation Amendment (Certification of Narcotic Exports) Bill 2020 was approved in the House of Representatives on June 10 and in the Senate on June 17.  Agriculture Minister David Littleproud said the bill broadens current legislation to allow for certification of medical marijuana and hemp exports.

NZ scientists excited by the promise of hemp crops

We soon got used to cooking and eating exotic proteins and grains like chickpeas, couscous and quinoa. Now, attention has turned to hemp in the search for other productive, environmentally friendly food crops.

Every time a medical marijuana patient gets behind the wheel of a car in Pennsylvania, they face risk of arrest and imprisonment, even if they’re completely sober and fine to drive. Under current state law, any trace of THC or its metabolites in their blood can be charged as driving under the influence (DUI). But a new bill introduced this week would change that by exempting legal medical cannabis use from the state’s law against DUI. Under the proposal, police would have to demonstrate that a state-licensed patient was actually impaired on the road rather than simply provide evidence of past use.

State lawmakers approved legislation that would require a license for possessing hemp, whether it’s cultivating, transporting, or selling the plant. Licenses wouldn’t be required to possess finished hemp products.

Several medical cannabis companies in Oklahoma are suing the state over its industry residency requirements and rules requiring the businesses be 1,000 feet from schools, the Oklahoman reports.

A Los Angeles City Council committee Tuesday approved a series of changes to reset the city’s troubled legal marijuana market, including bolstering programs intended to help operators who suffered during the nation’s long-running war on drugs.

“The people of Nevada have decided that possession of small amounts of marijuana is not a crime,” Sisolak said. “This resolution will clear the slate for thousands of people who bear the stigma of a conviction for actions that have now been decriminalized.”

StatsCan has reported that cannabis accounted for about $2.3 billion in farm cash receipts in 2019, up from $564 million the prior year. Cannabis farm receipts are now about one-quarter of what farmers receive for canola – the country’s largest cash crop.

It is an important milestone for a province that has lagged other jurisdictions in store openings since cannabis was legalized in late 2018. Alberta remains the leader with 483 cannabis providers, though that market is showing signs of retail saturation.

Can Greece Leverage Medical Cannabis to Save Its Ailing Economy?

Greece legalized medicinal cannabis in 2017, following it up in 2018 with repealing the ban set in place on cultivating cannabis and allowing the production and exportation of cannabis products. As per European law, all cultivation and production must be for plants with less than .2% THC.

Premier Fahie gave that indication in the House of Assembly on Monday, June 22, while responding to public criticism that government “wants to make everybody high” from the drug. But Premier Fahie informed the House that the BVI only plans to harvest the non-psychoactive properties of the plant.

Chinese President Xi Jinping said on Tuesday that China must contain drug-related problems and win the war on drugs with consistent and resolute effort to safeguard people’s life and health security as well as social stability.

The United Kingdom has down-scheduled Epidyolex to the lowest level of control for drugs, greatly easing restrictions on the cannabidiol medicine and reducing red tape for companies that supply it. Epidyolex is the trade name in Europe for Epidiolex.

‘Dr Pot’ stashes away a cannabis fortune with some NHS help: Pharma boss earns £5.8m as drug for epilepsy is approved for use in UK

[And the owner of Epidyolex is GW Pharmaceuticals] A cannabis tycoon dubbed ‘Dr Pot’ and his business partner earned £13million last year as their company’s medicinal drugs were approved for use by the NHS. Dr Geoffrey Guy, who earned the nickname after founding Cambridge-based GW Pharmaceuticals in 1998, made £5.8million in 2019 as the company’s chairman. GW’s chief executive Justin Gover pocketed an eye-watering £7.2million last year.

How to prescribe medical cannabis

What UK doctors need to know.

Medical cannabis patients experience an increase in various measures of life quality, according to a recent cross-sectional study published in the Cannabis and Cannabinoids Research journal. The study assessed web-based survey responses from over 1200 participants in the USA between April 2016 and February 2018.

More and more seniors are coming to cannabis for the first time via topicals, perhaps most often to treat arthritis.

The US Preventive Services Task Force (USPSTF) recommended that primary care doctors screen their patients for unhealthy drug use. Cannabis use is included in the definition of “unhealthy drugs.” Tobacco and alcohol are not. If that seems insane to you, that’s because you are the operator of a functional brain.

The Most Effective Cannabis Growing Technologies of 2020

To grow, sell, and distribute the best products, manufacturers use lots of modern technologies. It doesn’t only help them to stay competitive in today’s market, but it also helps to optimize the production process.

On top of what is already known and treated… pain, sleep, epilepsy, anxiety and these kinds of things, I think that one of the things that is still not being treated with cannabis … and I really, really believe in it, and in my lab I have phenomenal results, is dementia and Alzheimer’s.

This is one of several illegal cannabis stores still operating in Vancouver more than 18 months after marijuana was legalized in Canada. And even though provincial regulators seized products at King Canna on May 27, it remained open for business this week. The stores aren’t the only sign that black market cannabis is still a hot commodity in B.C. Dozens of websites sell a variety of cannabis products offering to deliver in an hour or less — even though door-to-door pot delivery is illegal in Canada. Other websites offer to mail products to customers despite not having the legal authority to do so.

A class-action lawsuit filed in Calgary, Canada, against cannabis companies claims the THC and CBD levels in their medicinal and recreational cannabis products differed from what was represented on packaging.

Cannabis culture, and now the industry, has largely been molded by law enforcement . . . Law enforcement has created a culture of discretion among cannabis users. Even still, with legalization, many still seem wary about consuming around others or being fully transparent about their use. This seems directly linked to a culture of fear perpetuated by government agencies for the better part of a century.

10 Cannabis Books To Stock In Your Highbrary

The legal cannabis market is being constructed and furnished right before our very eyes — why wouldn’t it be diverse and accepting and progressive? After all, given the medical marijuana movements close ties to the AIDS crisis (shout out to medical marijuana pioneers Dennis Peron and Brownie Mary!). But unfortunately, when something like the promise of an industry free from the ills of discrimination and patriarchy sounds too good to be true, that’s usually because it is.

Dismantling Systemic Racism in the Cannabis Industry: A Call to Action

Join us as we acknowledge and call the industry to action to dismantle systematic racism in the cannabis industry today while standing in solidarity with the protests against systemic racism and violence against black and brown people in the United States!

We sat down with Jason Silva, the television personality, filmmaker, futurist, philosopher, and public speaker, to discuss his relationship with cannabis and psychedelic substances.

Canopy Growth Corp. is doubling down on its cannabis-infused vapes and drinks, as well as upcoming U.S. CBD products, while continuing to cut costs as it looks to rebuild investors’ trust.

Aurora Cannabis Inc. announced Tuesday it is closing five of its production facilities and laying off about 700 workers as the pot giant continues restructuring its operations in a bid to achieve profitability. 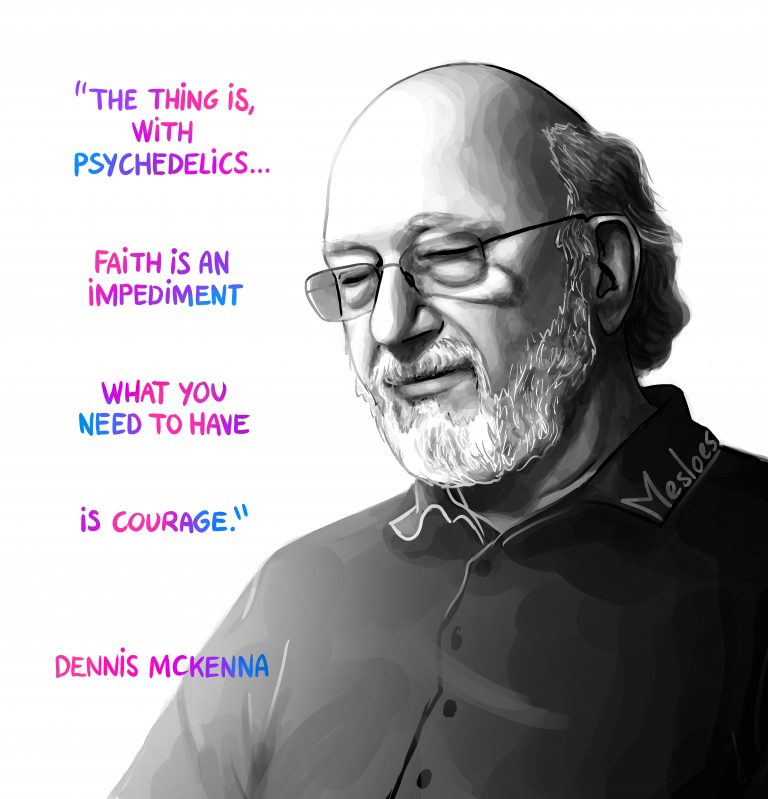 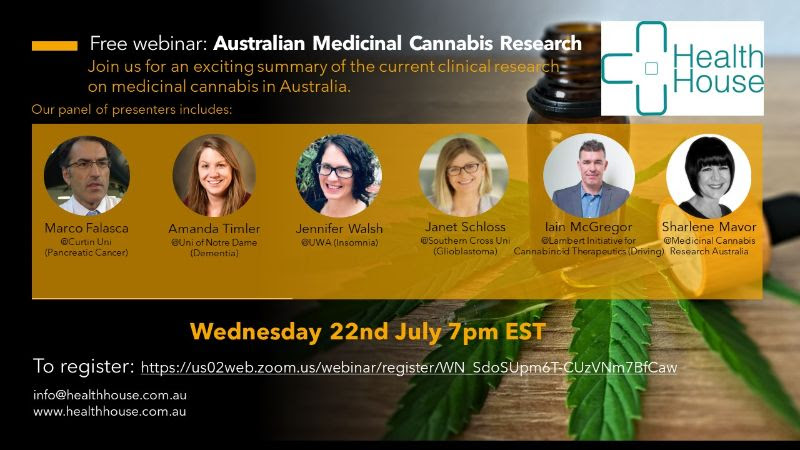 VIRTUAL MARDIGRASS….1-3 May 2020….Talks and other highlights will be on YouTube soon!